The new Matiz is the first model to be a new Chevrolet, rather than being simply a reworked Daewoo.

It looks more modern and has a sleeker side profile, but it won’t have the neighbours leaning over their garden fences to sneak a look.

From the outside it all looks neat and tidy, but uninspiring; from the inside, it struggles to have an identity. The Woven Blue interior trim says ‘young driver’, yet the 0:62mph time of 21.9sec screams retired couple.

Chevrolet claims that the engine is more powerful than in the old Matiz, but you really can’t tell the difference – it’s still a plodder rather than a thoroughbred. The automatic gearbox makes it ridiculously easy to drive, and it does turn neatly into tight parking spots. Engine and road noise levels are acceptable, and won’t be off-putting to any potential Matiz owner.

Running costs are excellent – 54.3mpg combined would suit even a student loan budget, or a pension.

It is the interior that really lets this little car down – but it IS only seven grand to buy, and is comparable to the competition. Nevertheless, a little less expanse of plastic and a thicker steering wheel would do it wonders.

There is plenty of space inside for a small family, and there is room for a couple of average-sized suitcases in the boot.

As a city car, it will suit the purpose admirably, but as tested in rural Lincolnshire, it lacked the power to cope happily with long, winding, empty roads. Of course, it is not designed for this type of driving – nor is it meant to be at home on motorways. 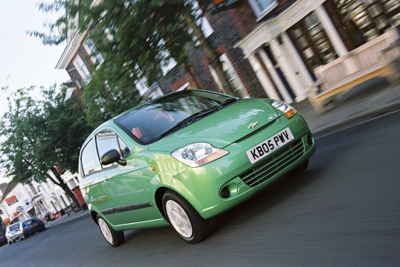 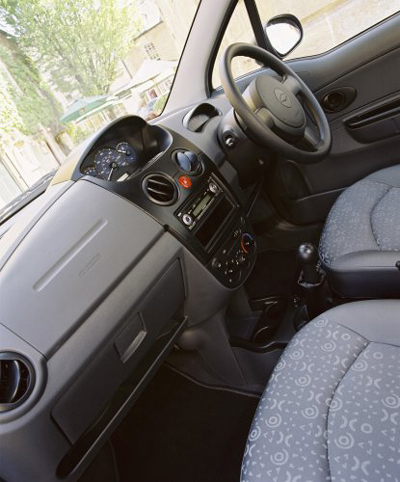