With the Citroën C1, Peugeot 107 and Toyota Aygo triplets, dealers had to find a way to highlight the differences between three technically identical cars.

Now they have to perform the same trick with the C-Crosser, which is identical to and built off the same production line as Peugeot 4007 and Mitsubishi Outlander.

They share transmission, chassis set-up, interior and engines, although C-Crosser will be first to market with the 2.2 HDI diesel and Mitsubishi will have a 2.0-litre diesel as its entry.

According to Citroën, the proposition for dealers includes focusing on C-Crosser’s environmental credentials (it returns close to 40mpg and emits 191g/km CO2), its comfort and safety attributes and its styling.

“We are confident in the ability of our dealer network to put across the right proposition,” says UK managing director Xavier Duchemin.

An additional sales point is the 5+2 seating, unusual in the compact SUV sector. However, the flat folding third row is strictly for children and, even then, only for short journeys.

The middle row cleverly folds forward at the press of a switch in the boot to create a vast 1,700 litres of space.

The road is C-Crosser’s natural habitat. Buyers get the higher driving position and good visibility of an SUV but C-Crosser does not have the ground clearance of a true off-roader and will not be marketed as an all-terrain vehicle.

Duchemin is confident that dealers will be able to sell C-Crosser with little or no discounting. Volumes will be low. C-Crosser goes on sale this month and dealers have already taken the full allocation of almost 1,000 units for the year. Sales next year will rise to around 2,000, 10% of total global volume.

Customers will be able to choose from two trim levels (VTR+ and Exclusive) but only one engine, the 160bhp 2.2HDI. A 170bhp 2.4-litre petrol will eventually come to the UK, but probably not until 2009 and will account for less than 20% of sales.

The paper starting price of £22,790 looks high compared with rivals but Citroën says that because of the car’s high spec, its pricing puts the C-Crosser in the middle of the segment in value terms. The car will be retail driven (65-70%), while 72% of buyers will be male, 90% married, half will be over 50 and 43% with children.

Looks aside, it is hard to see what C-Crosser adds to the SUV sector. Citroën, similarly, appears unsure, privately commenting that it is only in the sector because of its popularity.

But given its low volume aims, there should be enough buyers to keep discounts low and residuals up. 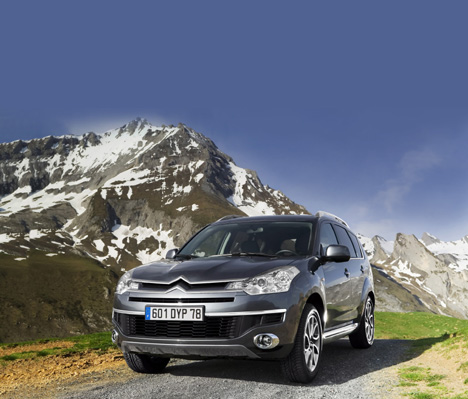 C-Crosser has three drive settings: two-wheel drive, which improves fuel efficiency around town, four-wheel drive and Full Lock Up for low grip conditions. Most people will leave it in 4x4 mode.

Low ground clearance gives a low centre of gravity which means the C-Crosser corners with little body roll, but doesn’t need a stiff suspension to achieve that attribute. Indeed, the suspension is typically Citroën, offering a cushioned ride that is ideal for UK roads.

The punchy 2.2 HDI diesel is quiet even when revved hard while the cabin is well sound-proofed against road and wind noise.

Performance in-gear is solid rather than sporty; handling is accurate and uncomplicated. 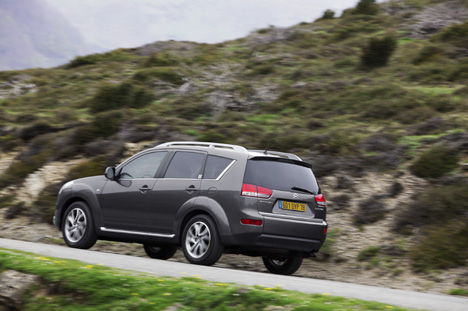