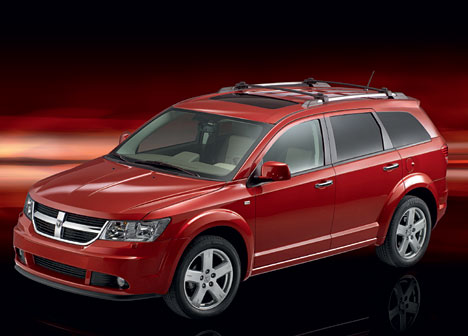 Crossover is a word that gets bandied around with increasing frequency by manufacturers – a suggestion that they have cleverly mashed together the best bits of different cars to create something unique.

The Dodge Journey is the latest such vehicle to hit the market. Due to arrive in UK showrooms in August, Dodge claims it’s part-SUV, part-MPV with aggressive, sporty styling.

Like the Caliber, the Journey is only a skin-deep SUV and UK buyers won’t be able to choose a four-wheel drive option.

Instead, engine choices are the same as the Chrysler Sebring – a 2.4 -litre petrol engine or the ubiquitous VW 2.0-litre turbo diesel.

Unsurprisingly, the latter is expected to be the more popular, taking 86% of UK sales.

It’s a dated unit and, although quieter than in the Sebring, it’s still noisier than newer oil burners.

But it manages impressive fuel economy and delivers a decent shove of mid-range torque, which will further tempt buyers away from the more powerful but lacklustre petrol.

Inside, the Journey feels bright and spacious thanks to large windows and a dashboard that slopes away from passengers.

There’s also a marked improvement in quality throughout, let down slightly by the shiny plastic instrument binnacle.

It’s usually obstructed by the steering wheel and looks like an afterthought on an otherwise well designed dash.

However, for an MPV it’s surprising that none of the Journey’s seven seats are removable, though the rear two seats fold flat.

Dodge is launching the Journey with an aggressive marketing campaign, centred on rock music and aimed at young families.

Though not as versatile as some of its competitors, muscular styling and keen pricing should attract new buyers looking for a less mainstream alternative to a European mini-MPV. 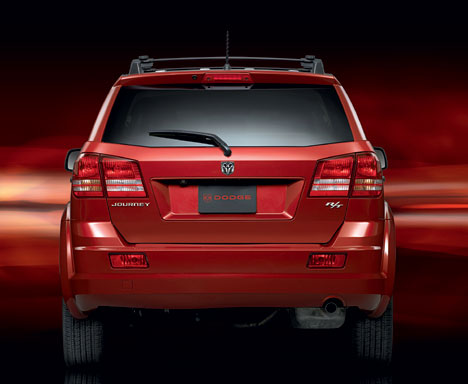 Dealers have taken a generally favourable view of the Dodge brand – as long as their expectations were not too ambitious to begin with.