When Proton first publicized the new Savvy towards the end of last year, it told the UK’s media that buyers should think of it as being their first Lotus – a promising start for the company’s first city car.

Yet at the official UK launch the manufacturer confessed that its Hethel-based sports car arm had no direct input into the car’s design or development.

It’s a shame this early promise couldn’t have been seen through, as it would have proved a huge selling point for dealers.

That aside, the car is one of the freshest-looking Protons ever. The exterior styling doesn’t work from all angles, but on the whole it’s pretty convincing. 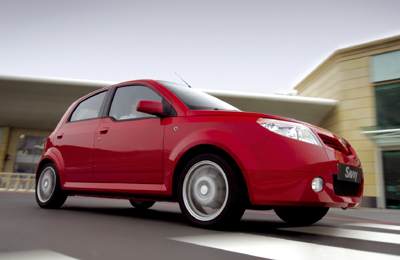 The front of the car is the Savvy’s strongest side, with large, back-swept headlights, a colour-coded grille and bold fog lights on the Style model. The rear looks more than a little inspired by Alfa, but it’s neat, and the centre exhaust is a nice touch.

But the side-profile lets the looks down. The stepped window line is an unnecessary detail that jars and belies the car’s non-European roots.

Inside, there are no such aesthetic blunders. True, some of the interior feels like you’d expect on a sub-£6,000 car, but the overall affect is pleasant and doesn’t look bargain basement. The standard fit Clarion CD player looks great and the bright yellow dash dials are novel – even if they are obscured by the non-height adjustable steering wheel for taller drivers.

The seats are extremely comfortable on long journeys and more supportive than you might expect for a car of this class. Spec-levels are pretty decent, too. Reverse parking sensors are standard in the entry-level Street. The Style adds 15in alloys, air-con, electric front windows and front fog lights. A Renault-sourced automated manual transmission will also be an option from March.

To drive, Savvy handles reasonably well compared to its rivals. However, it’s let down by the four-cylinder engine which, while performing adequately at motorway speeds, is less peppy than the units used by the likes of Matiz, Panda Jazz and Swift. Overall, though, the Savvy is a very good package for the price.

Proton hopes this model will help to attract more dealers to its network. It is looking to have 90-95 by the end of the year. 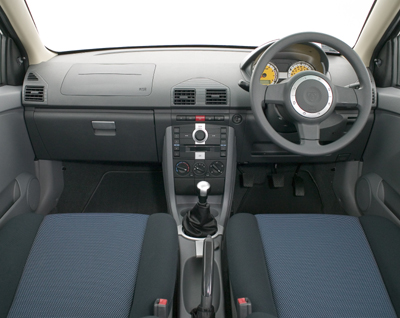