It’s been three years since BMW brought out the Z4, improving its standing as a serious sports car maker after the slightly effeminate Z3.

Now changes to the Z4 range give this two-seater yet more style and substance. Following the success of the Sport variants offered in its saloons and SUVs, BMW is adding this specification to the Z4 line-up, and topping it off with the 343bhp M Roadster.

These changes are important because the carmaker’s own research shows the main purchasing drivers for Z4 owners are style and performance. And in contrast to its Z3 predecessor, Z4’s core market is men in their thirties, with an average household annual income of £72,000. 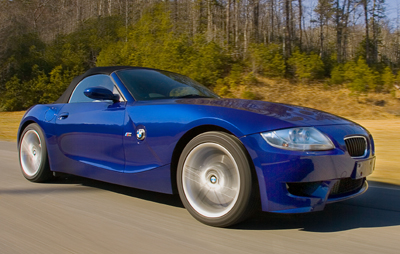 BMW expects demand to be strong, and is setting its network a target of 3,200 Z4 sales this year: 500 will be M Roadster, the rest split equally between four-cylinder and six-cylinder cars.

Pre-facelift Z4 had been restricted to four-cylinder versions only for the last six months as the six-cylinder engines were not Euro4 compliant. Now, 10 different engine and trim combinations are available, in a price range of £22,945 to £42,750.

The line-up starts with the four-cylinder 2.0-litre engine carried over from the pre-facelift car. This lets BMW dealers offer open-air motoring with reasonable ownership costs. But on the downside, it comes with a manual hood and fewer trimmings.

Driving enthusiasts will be drawn to the new six-cylinder engines: a 2.5-litre in 177bhp (2.5i) and 218bhp (2.5si) forms, a 3.0-litre with 265bhp and the 343bhp 3.2-litre of the M Roadster. While all cars get a six-speed manual transmission as standard, customers for the 2.5si and 3.0si can specify a sport automatic gearbox, which offers full auto mode and gear stick/steering wheel paddle changes. 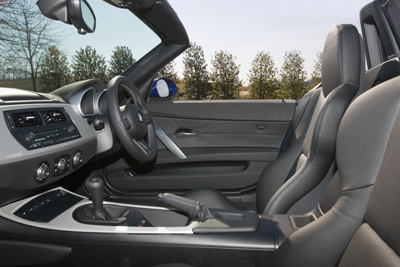 The 3.2-litre V6 M Roadster has power in spades – it is worthy of the M badge that adorns its rump. At £42,750, it sits between the cheaper Porsche Boxster S and Mercedes-Benz AMG SLK55.

Among the normal Z4 roadsters, the SE variants have more comforts and conveniences, although customers may need time to get their head around the specs.

A powered hood, front foglights and heated mirrors are standard from the 2.0i SE model upwards, while the 2.5si SE gains some leather and chrome interior features, vented brake discs and a sport button which alters throttle and suspension sensitivity.