Volkswagen has made a serious commitment to improving the efficiency of its engines.

The first sign of this is dropping the 2.0-litre FSI engine from its Golf GT variant. Its replacement is the TSI, a new generation 1.4-litre petrol unit that incorporates both supercharger and turbocharger to hike power to 168bhp and torque to 162lb ft.

That’s greater than the outgoing 2.0-litre, yet emissions and fuel economy remain comparable to a normally aspirated 1.4-litre.

Initially, boost is provided by the engine-driven supercharger, then there is a short period of overlap while the turbocharger takes over, before the supercharger disconnects at 2,400rpm.

On the road, this translates into an extremely useful, flat power delivery and eager acceleration up to 6,000rpm. Yet once at cruising speed the turbo is almost redundant, leaving the engine almost acting as a normal 1.4, with the consequent efficiency.

VW has deliberately not put 1.4 badging anywhere on the vehicle, in case consumers have initial preconceptions of it lacking power because of its small capacity.

Instead the emphasis is on sales executives to explain the technology and let the test drive provide the proof.

The moment the GT fires into life it proves itself to be no humble hatch. Booting the throttle is accompanied by sufficient whine from the twin-chargers to convince anyone that the engine is capable of a very high output. And in case drivers still have some doubts, a turbo boost gauge sits in place of the engine temperature display as a final reminder. 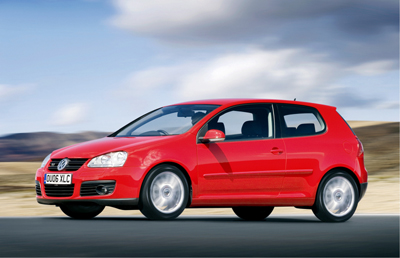