Going back in time with Dacia's Logan MCV 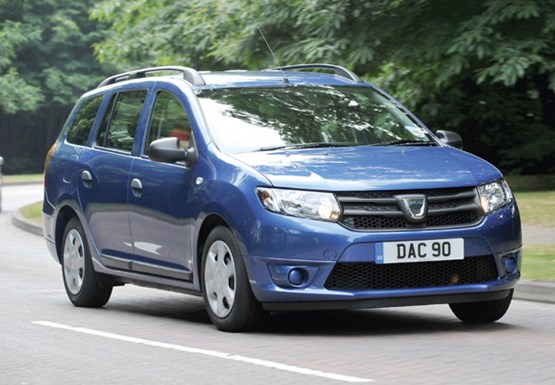 Dacia’s Logan MCV reminds me of a week I spent with a Mitsubishi Lancer Estate almost 10 years ago. A reasonably spacious, new family car, it was the lowest-priced estate on the market at under £11,000. This makes it even more incredible that Dacia UK can price the Logan MCV from £6,995 a decade later.

Just like the Lancer estate, this Logan is not going to leave a noticeable mark on the UK’s new car market. In the six months it has been on sale, 1,200 units have been registered, and it is the least in-demand model behind the Sandero, Sandero Stepway and Duster. But Dacia continues to be a very clever brand, in targeting the traditional used car buyer with an unbeatably priced, showroom-fresh set of wheels.

By pricing the entry-model Logan MCV at about what a six-year-old, 40,000-mile Kia Cee’d SW would cost, Dacia hopes to draw budget-constrained consumers into showrooms and win them with its no-haggle, simple buying process. The price is what they pay, the trim levels and engine options are kept simple, it includes a three-year/60,000 mile warranty, and just a few, low-priced, optional extras are on offer.

The challenge the Logan MCV (MCV stands for maximum capacity vehicle) faces is that its rivals on the used car market may appear more tempting. The entry Access model has no electric windows, no stereo and no air-con and is offered with a 1.2-litre petrol engine alone. Even the high-spec Laureate DCi90 diesel version (priced £10,795) we drove felt more outdated and basic than the aforementioned used Kia, although in the Logan’s favour is its 1.05-metre-long boot with a 573-litre load capacity and excellent cabin space.

It was fitted with Dacia’s MediaNav 7in touchscreen multimedia system, a £300 option, which at least was a step towards bringing the car into the 21st century. Its standard features also included front and rear electric windows, air-con, 15in alloy wheels and roof rails.

Dacia UK said it is early to say what typifies the Logan MCV buyer, but consumers passionate about gardening and dog walking could be in its sights.

What’s been said about the Dacia Logan MCV

Daily Telegraph
Get into a “modern” car again and you are reminded just how far behind the curve the Logan MCV is, charming though it might be. Ultimately, you get what you pay for, and with a Dacia you don’t really pay for very much.

Autocar
If unashamed load-lugging is the goal, then the Dacia Logan MCV is a very compelling way in which to do it. There are few frills, but a lot of practicality.