Market trends: Stuck in the land of In-between 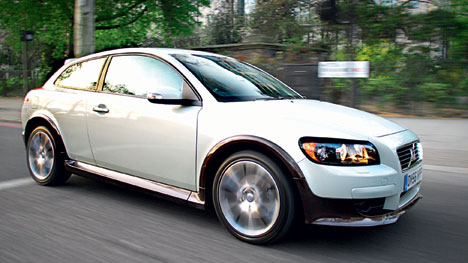 Given the recent sale of Jaguar and Land Rover to Tata, it was inevitable that Ford’s attention would shift to Volvo which, if not exactly crisis-hit, is certainly something of a problem.

The strange thing about Volvo is that it always seems to perform in exactly the opposite way to its two former siblings.

In the late 1990s, when Jaguar and Land Rover were racked by crises, Volvo was the one piece of good news in the group, with its reliable profits.

In the last couple of years, as Land Rover got into high gear and Jaguar at least reduced its losses, Volvo headed in the opposite direction.

In the first quarter of this year, it lost approximately £75 million – almost certainly more than Jaguar.

Ford of Europe boss Lewis Booth recently said that Ford had to get Volvo “out of this in-between land” – i.e not mainstream but not fully prestige.

When Ford bought Volvo, its extremely clever P26 platform made the company seriously profitable – more than £400 million per year.

Since then, Volvo has drifted both in terms of brand and product positioning.

Booth makes the point that its key selling points – safety and environmental concern – have never been more relevant.

But the public sees little evidence of these concerns – where is the Volvo that is significantly greener than its competitors, for example?

Similarly, the product positioning is unclear.

The S40 and V40 have struggled in this country as they are basically Volvo versions of the Focus – both good cars, but Volvo’s launch material optimistically positioned them against the Audi A4 and BMW 3 Series.

Meanwhile, the C30 has become the problem child of the company.

Once seen as Volvo’s Audi A3, it sells only 15% of the Audi’s volume – or about the same as the VW Beetle.

There has to be room in the market for a prestige car that is not German – and Scandinavian is one of the best alternative images you could hope for.

However, being non-German, safe and vaguely green is too woolly to be much of a USP.

Volvo needs imagination to fashion a distinctive image, and realism to position cars where they really belong. Over the past five years, Ford of Europe has established a good reputation for making the right cars at the right price.

Once, concern was expressed that Ford would influence Volvo too much – now Ford’s European turnaround might provide some inspiration for the Swedes. 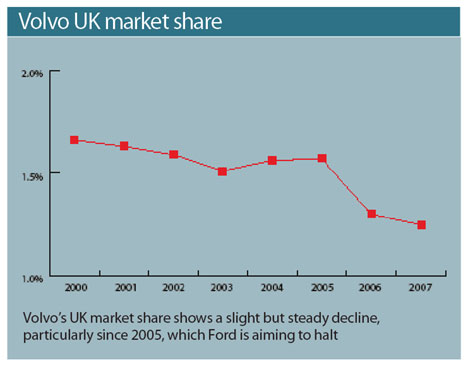