Vauxhall has revealed details for its latest version of the new Astra – the TwinTop.

The folding hard top is composed of three main parts instead of the two. This means there are fewer compromises to the car’s rear-end looks and interior space, says Vauxhall. 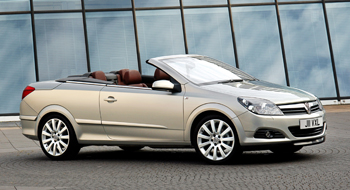 The button operated, two overhead sections of the roof, stack on top of the rear window to fold away into a compact space under the rear tonneau.

Set to make its public debut at the Frankfurt Motor Show in September, the newcomer will go on sale in spring 2006. It will come with a choice of four engines, including Vauxhall’s 148bhp1.9-litre performance diesel. 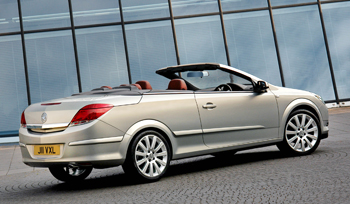 Entry-level versions will use the 105bhp 1.6-litre twinport petrol engine, while other petrol choices will include a new 1.8-litre 138bhp unit. The flagship model uses the 198bhp 2.0-litre turbo from the Astra SRi.

Prices for the TwinTop will be announced closer to the on-sale date. 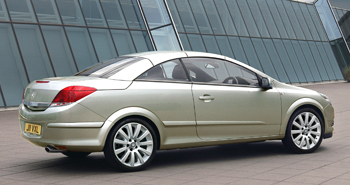 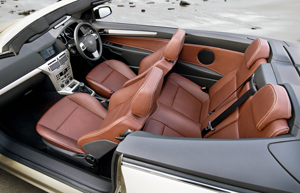