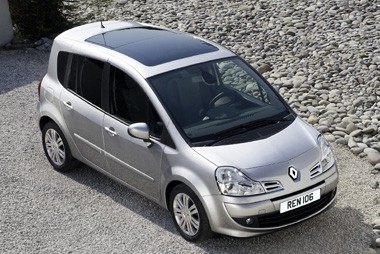 The Modus’ big sister, the Grand Modus is currently taking the larger slice of sales for the range, with 70% of customers opting for the extra space.m

There are cubby holes scattered all over the cabin and storage space is further augmented by the inclusion of an overhead console, much like Citroën’s Modutop system.

Exterior styling is a lot safer than Skoda’s quirky looking Roomster rival, but Renault’s target audience of families and older customers won’t be put off by the lack of style.

Despite a high seating position and a spacious interior, the Grand Modus handles more like a supermini than an MPV.

It’s easy to manoeuvre and park, with exceptionally light power steering, perfect for its intended audience.

The Grand Modus shares the same basic platform as Nissan’s Note and they feel very similar to drive.

The 1.2 petrol engine, even in 100bhp guise, is adequate for driving around town and comfortable on the motorway when it eventually reaches 70mph.

Renault won’t give out sales forecasts for individual models, but said it planned for the Grand Modus to continue to take the majority of sales in comparison to the smaller Modus. 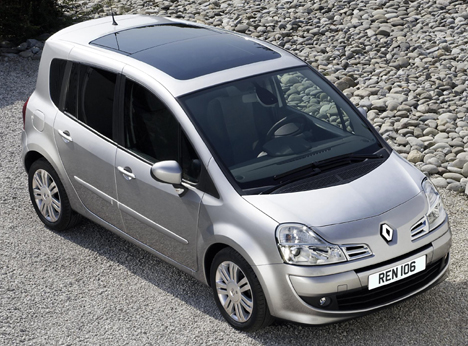