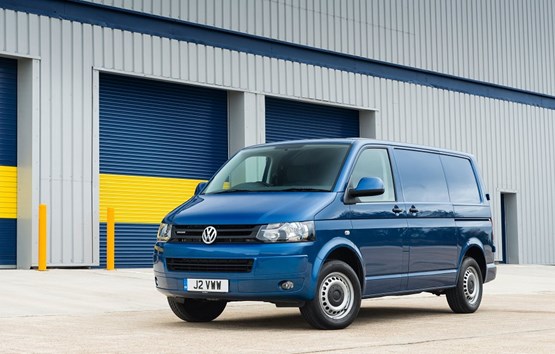 What would be the best way to test a Volkswagen T27 Transporter? To move house of course – Yes, the AM newbie has finally found somewhere to live – hurrah.

We got a hold of a T27 Transporter from Volkswagen to make the move somewhat easier.

I have to say, I was a little overwhelmed by the size of the van and driving position at first – but, let me assure you, I quickly adapted.

Well, that was until I had a blow out on a slip road the first night of having it (not exactly the van’s fault but an interesting evening nonetheless).

Back to the van, though – It really was brilliant.

Our T27 BlueMotion SWB Transporter panel van featured a 2.0-litre 112bhp engine with a combined fuel economy of 48.7 and CO2 emissions of 153g/km and came mated to a five-speed manual gearbox, so, it was nippy enough to pass those middle-lane-hoggers. And, with a maximum payload of 871kg, it coped tremendously carrying my ‘life’ in the back of it; it moved my mattress, settee, my whole wardrobe and shoes in one run.

The specification was good too – even though I knew where I was going (for a change) it came complete with satnav. And to top it off it had DAB – some of the higher-end cars we have in don’t even have that – if you’ve read any of my reviews before, you will know that I am somewhat obsessed with DAB. Both satnav and DAB are available as options and are not standard on this vehicle.

2014 marks an important milestone for the Transporter; celebrating its 60th anniversary this year with the release of the Sportline 60.

Having had this for a week I can fully understand its appeal, with 18,659 Transporters being sold in the period of January to November this year – up 9.8 per cent on last year.