VW builds on its common ground with the Golf 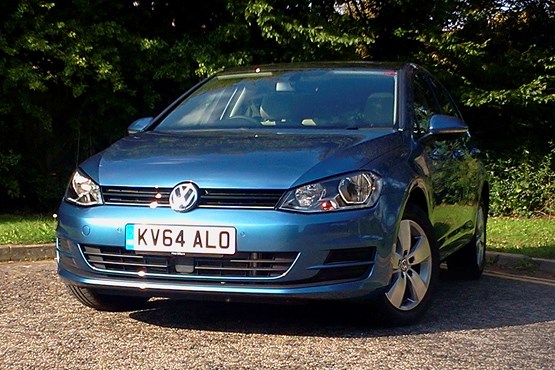 A week back in our long-term Golf TDI is enough to understand how seemingly effortlessly, yet cleverly, it has been engineered and put together.

The seventh-generation Golf launched in the UK in 2013 as the first model from Volkswagen Group based on its Modularer Querbaukasten (MQB) platform, or modular transverse matrix. Two years later, this platform is shared across many other models, such as the similarly sized Audi A3, Seat Leon and Škoda Octavia.

However, it is also used in the bigger Volkswagen Passat and Audi TT, and the forthcoming Škoda Superb. In time, any Volkswagen Group model bigger than the Up! that mounts its engine sideways and at the front will adopt the MQB system. In all, VW Group may have as many as 60 models sharing the same foundations.

Another system for longitudinal-engined cars, known as MLB, has been used only by Audi and Porsche so far, for models such as the new Porsche Macan, Audi Q7 and Audi A8.

The structure is laid out almost like a map, in line with the common production line, allowing more simple pairing of electrical systems with its structure.

It also uses a common engine mounting system, a big step forward in terms of ease of production and assembly. It has been designed to accommodate a variety of engine variants, from low-capacity three-cylinder units to a twin-turbo V6 powerplant that the group is yet to put into production. MQB is also being used in alternative powertrains, such as hybrid and electric, as seen already in the Golf GTE.

The MQB platform was designed as a cost-saving measure, as it is clearly more efficient to build a variety of models on the same production lines using shared foundations and powertrains that can be implemented group-wide.

For the customer, it should speed up production, gives models from across the same Volkswagen Group familiarity and cohesiveness, and should simplify any aftersales maintenance or repair.