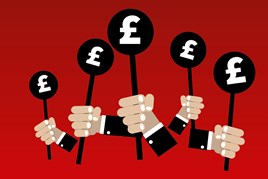 The ripples of Brexit are radiating outwards. For some, the predominant overview seems to be negative – but it is not all doom and gloom. Other business leaders believe the vote seems to signal unprecedented opportunity.

As things stand, the motor auction and remarketing sector seems to be in rude health, and the general mood is optimistic. The used car market is in growth and UK motor auctions currently wholesale in the region of 1.5 million vehicles per year, according to the National Association of Motor Auctions. No less than 75% of end-of-lease stock is remarketed through auctions, as are 750,000 vehicles from dealers.

The online marketplace has grown significantly. As Kate Shakesheff, marketing executive at Cooper Solutions, explains: “E-auction websites are offering a real alternative to the traditional disposal channels, delivering a more efficient and profitable business model. With transaction costs being nine times less than physical auctions and zero buyers’ fees in some cases, the dealers end up retaining the lion’s share of the profit.”

The success of online ventures is borne out by the results from Cartotrade, which has already signed up 500 dealers in their first 12 months. However, it was not straightforward, as CEO Kevin Watson points out: “It did take six months post-launch to get the website’s performance and functionality to where we and our dealers believed they should be in order to operate as a tool for them.”

All the major remarketing companies are loading up their digital bandwagon to take advantage of this burgeoning technology and the larger national market. In fact, both BCA and Manheim have recently acquired online trade-to-trade platforms. When asked the question, all respondents took a positive view of the future: there was no sense of any ‘wait-and-see’ attitudes to investment in online technology.

“With transaction costs being nine times less than physical auctions and zero buyers’ fees in some cases, the dealers end up retaining the lion’s share of the profit”Kate Shakesheff, Cooper Solutions

Interest is increasing. GRS Remarketing, the online remarketing division of AM100 dealer group Greenhous, was bought by US-based Kar Auction Services in June. It now trades as ADESA UK.

Aston Barclay, the UK’s third largest remarketing provider behind BCA and Manheim, with four physical auction centres around the country, has just appointed David Case as its group systems manager to facilitate the growth of online auctions. In a newly-created role, his appointment will allow the group to streamline the future development of digital services.

These developments include Aston Barclay’s recently relaunched website and live online bidding service, an inspection app developed in conjunction with Cap HPI plus an enhanced infrastructure to handle increasing amounts of data and all third-party processes with existing software.

The growth of online re-marketing does not mean there has been any backsliding when it comes to the traditional in-lane auction market, however.

Simon Henstock, chief operating officer for remarketing at BCA, says: “It has been a busy year for BCA that has seen the acquisition of SMA, Stobart Automotive, Ambrosetti and Paragon Automotive. These acquisitions have supported our mission to provide customer-centric solutions along the automotive value chain and fuel the largest used vehicle remarketing exchange in the UK and Europe.”

Manheim recently won a contract with Sinclair Group to remarket unwanted trade-ins from its 12 Seat, Skoda and Volkswagen dealerships, and renewed its contracts with the Retail Automotive Alliance and Listers Group.

Meanwhile, Aston Barclay has recently completed a £750,000 development at its Westbury centre and has invested in new vehicle transporters. It has secured an exclusive agreement with Thurlow Nunn, providing the Vauxhall dealer with remarketing services through its Chelmsford auction centre, and secured a similar deal with London car supermarket CarGiant.

Clearly there are many options for dealers when it comes to disposing of trade stock. As Kevin Watson points out: “This can only be a good thing. In particular the presence of online remarketing solutions have increased as the industry embraces and harnesses the power of the digital world.

Traditional auction houses remain prominent but they too are adapting their online strategy.”

The online revolution has also served in some cases to change the model for auction business. Some companies, like Cartotrade and Autotrade-mail, don’t offer contracts, preferring to go with the idea of a fixed monthly fee. Autotrade-mail said: “The response has been tremendous as Autotrade-mail has genuinely improved profitability for the 4,500 plus dealers that now subscribe to our system.”

“It has been a busy year for BCA that has seen the acquisition of SMA, Stobart Automotive, Ambrosetti and Paragon Automotive” Simon Henstock, BCA

More and more dealers are recognising the benefits of online trading, to reduce the downtime between the decision to remarket a vehicle and its actual entry into a physical auction hall.

The feedback from the UK auction and remarketing companies suggests all are committed to continually improving their procedures and business models.