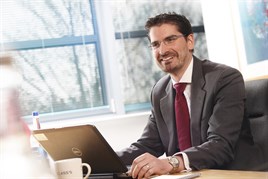 The end-of-year results from the SMMT for 2013 surpassed Glass’s expectations by 20,000 with 2.26 million vehicle registrations being recorded. With this in mind the outlook for 2014 is now very much in sharp focus. Will the 10% year on year growth of last year be replicated? Andrew Jackson, Head of Analytics at Glass’s, takes a look….

On the surface one struggles to see how double-digit growth during 2014 can be possible; the volume achieved for 2013 was against the backdrop of a depressed market, so the growth witnessed can be considered a phenomenon of market normalisation.

Furthermore if volumes were to climb at the same rate, we would expect nearly 2.5 million vehicles by December, which would be a volume well above the pre-recession economic conditions norms, not reflective of a  post-recession recovery.

However, in order to forecast 2014, we must first understand the dynamics that have driven 2013.

Examining 2013’s results raises an interesting observation: at 1,074,732 registrations, more vehicles were registered as ‘private’ than the pre-recession peak of 2007, when credit was available to all and economic confidence was stable.

This figure becomes even more striking when considering that even though GDP is on the rise, average household income was still falling at an average rate of 7% in 2012 (when the recovery in registrations began) and median household income was, according to the ONS, £900 higher in 2007 than it was in 2013.

Much is made of the PPI payouts that have poured into the market over the last year. Indeed we can say that these will, in some part, have helped some consumers acquire a new vehicle - especially when it is considered that circa three out of four vehicles newly registered vehicles on the road are financed; the payouts would contribute nicely towards a deposit.

However, there is little evidence beyond anecdotes to support this theory, plus it ignores that fact that new vehicle sales commonly involve the part-exchange of an existing vehicle which will typically be sufficient collateral. A more balanced view of PPI payout “investment” is that de-leveraging, savings and discretionary spending on smaller items are the likely destinations for these payouts, especially in an economy that is still de-leveraging and the desire to lend, as well as spend, is much reduced vis-à-vis 2007.

The answer as to the stellar private registrations, one suspects, lies with a rise in popularity of “grey fleet” ownership.

During the recession businesses will have viewed the opportunity to reduce non-core expenses, and the liability/management of fleets, as a fast and effective way of reducing overheads, especially as by offering a cash equivalent or “buying” employees out of a company car can result in a company saving money and the employee reducing their BiK tax burden whilst boosting their salary.

Hence, whilst the perception is booming private registrations and slowly recovering business and fleet registrations, the reality is that the line has been blurred as private new registrations are augmented due to company car allowances.

2014 will hold the answer to whether this has been the case as the figures reached in 2013 cannot, for private, go much higher without becoming unsustainable, unless the reality is that grey fleet is augmenting private registrations. If this is the case, the result would be that business and fleet volumes remain subdued throughout 2014.

Alternatively, as economic confidence grows, businesses, and employees, may decide that fleet operation is the more economical approach, especially for the employee if unemployment drops beneath 7% and interest rates are increased. If this is the case then one would expect to see business and fleet registrations gain momentum to the detriment of private registrations in 2014.

A wildcard in this mix is the impact of European demand. Over the last year the UK has lead a lonely charge in registration growth and it will be interesting to see how attractive new car deals will be when French, German and Italian registrations return to growth.

The outcome should be that, provided the economic recovery is sustained throughout 2014, “true private” registrations should grow at a rate beneath 2007 due to households’ fiscal prioritisation, whilst business and fleet volumes should grow proportially with the economy as and when it strengthens. All of which would result in a comparatively modest total market growth of less than 5% percent.

In terms of what will prove to be popular throughout 2014, in keeping with austerity, motorists are increasingly looking to multi-functional vehicles with which to service their requirements at the expense of larger or less practical offerings. To that end one can be sure that the popularity of B and C segment vehicles will continue apace and the usual suspects from Vauxhall, Ford and Volkswagen will continue to dominate the SMMT’s top ten.

Furthermore the crossover category will also be worth watching; Nissan’s outgoing Qashqai’s registrations have grown by 7% per annum since 2011 which Nissan will be keen to build upon with the next-generation due to hit the roads, plus alternatives due to arrive in the marketplace from Ford, BMW, Audi and Mercedes-Benz means that there will be more choice than ever for a segment that is growing in popularity all the time.

Whatever proves to be popular though, it would seem that the recovery is now underway, and provided nothing unexpected happens, we have every reason to be optimistic for 2014.