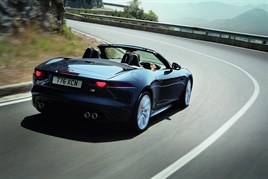 Vertu Motors, run by Robert Forrester, has improved its operating profit by 31% compared to last year despite the costs involved in deliberately acquiring badly-performing businesses.

Forrester is now changing gear: having started with volume cars in a strategy to generate scale quickly, he is targeting premium as well with his first sortie landing Albert Farnell’s three-site Land Rover business in Yorkshire.

“We did not want to get involved in premium for the first five years of the business; we wanted scale.” There has been a quiet start to the process already though. Honda and Volvo were the first building blocks.

What is highly likely, given the way that Jaguar Land Rover is run, is that Vertu will now seek out some Jaguar investments.

JLR still has some legacy arrangements with dealers that it is anxious to unwind. Jeremy Hicks, late of Audi and now in the hot seat at JLR, is very anxious to bump up the number and quality of his network.

Forrester has treated shareholders to a 16% increase in the dividend and seduced them into handing over £50m in a share placing which was oversubscribed. That was despite a very modest discount of 3p to the then-prevailing share price of 41p.

Forrester is very pleased to have got out of Iveco which was doing nothing for the image of the group and was loss-making. “Disposal of a loss-maker will improve our results. We are focussed on being a scaled, automotive group with strong, deep, manufacturer relationships and this transaction is an important milestone in concentrating this focus. “

Vertu needs more and better income from aftersales and is increasing service revenue which is currently achieving income of just £1.4m.