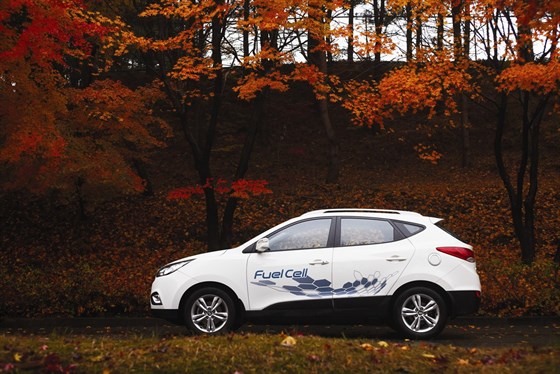 Hyundai is set to be the first to sell a fuel cell vehicle in the UK with the arrival of its ix35 Fuel Cell, which will pitch up as part of the next generation of ix35. In place of an internal combustion engine, the fuel cell converts hydrogen into electricity that then powers an 87bhp electric motor. The major advantage of this approach is the only tailpipe emission is water. With the Hyundai system, the ix35 Fuel Cell sees off 0-62mph in 12.7 seconds, has a 100mph top speed and a range of 370 miles on a single fill of hydrogen. It takes only a few minutes to fill up with 5.6kg of hydrogen to brim the tank. The ix35 Fuel Cell also has regenerative braking to charge a battery that can also power the electric motor. Hyundai’s plan is to lease the ix35 Fuel Cell initially, which could suit fleet users better than private buyers, because Hyundai acknowledges the price of the car could be prohibitive at first and there is a shortage of hydrogen filling stations at present.