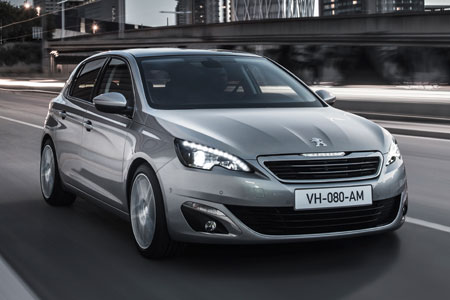 Peugeot is aiming squarely for the big names in the fleet market with its new 308. It may share the same name as its predecessor, as Peugeot doesn’t want to revisit 309, but that’s all as the new car is based on the firm’s latest EMP2 platform. This helps shed some 140kg from the new 308 compared to the last 308 and allows the car to offer carbon dioxide emissions as low as 82g/km.

That Co2 figure is for the 1.6 BlueHDi model with Stop and Start that also turns in a combined economy of 91.1mpg. Such impressive economy and emissions for a car of this class do not come at the expense of performance, though, as this model will also cover 0-62mph in 10.0 seconds and has a sub-£19,000 P11D value in Active trim.

Other engines in the line-up include the 1.6 HDI 92 that gives 93g/km CO2 emissions, while a new three-cylinder turbo petrol with a choice of 110- or 130bhp will be offered shortly after the 308’s initial launch.