Was this article useful?
5 people found this useful
10 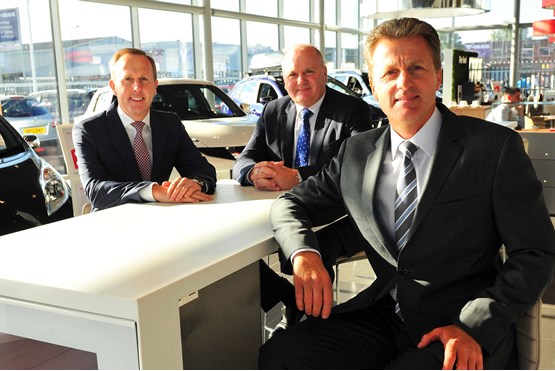 As the recession recedes, how a dealer group weathered the storm is becoming far less important as a benchmark of a business’s success than how it has managed growth since the market improved.

Since 2008, Motorline Group has added 21 franchised outlets, its turnover has grown 223% and staff numbers have swelled from 264 to 950. Managing such large and rapid changes and keeping the business working is like learning to spin plates, said chairman Glen Obee.

Click here for a full gallery of Motorline images

Motorline Group works with 10 brand partners across 35 operating businesses throughout the South of England, the South West and Wales. It was founded in 1972 by Tom Obee Senior and is still run by Glen and his brothers, Gary and Thomas, who are joint managing directors.

“We very much enjoy the industry. Yes, it can be taxing. You have just 2% return on sales, due to targets, but we love it. It is an infectious industry and we have managed to make a success of it,” said Glen Obee.

He said some of Motorline’s growth came from manufacturers saying “we would like you to do this, and of course through the recession some dealers started to experience problems by either going bust or wanting to sell, so we took advantage of one or two of those acquisitions as well.

“It was a combination of circumstances and of course having to tiptoe through the financials, especially when our own business was under pressure at the time to achieve budgets.”

Over the past 12 months, the group has added two Maserati franchises, in Maidstone and Cardiff, and a Nissan dealership in Reading. In July, it announced plans to invest in new sites in Dartford, Medway, and the M4 corridor in 2016.

“We are very good at the discipline. If you haven’t got that structure when growing as fast as we have it could be chaos”Glen Obee, chairman, Motorline Group

“We have our own personalised sales process across the group, which makes any acquisitions that little bit easier. We are very good at the discipline,” said Obee.

“Throughout the last five or six years, we have refined an internal team, which we call our ‘countdown team’, which is solely focused on acquisitions and getting them bedded in.

“From the point of announcing that we are going to do something, we meet every week to discuss it all, whether that’s IT, signage, furniture, people, do’s and don’ts – we talk about the whole agenda and we’ve got it to, I wouldn’t say a fine art, but a successful form for us.

“If you haven’t got that structure when growing as fast as we have it could be chaos,” he said.

However, the group’s dramatic growth has required changes to its recruitment process.

“Once upon a time we were great at recruiting from within. Going from 264 staff to 950 in seven years has meant we’ve had to grow our staff pretty quickly.

“Some of that fast growth has been through acquisition and we’ve inherited a mixture of good staff and some that maybe aren’t so good, so we have had to manage that, which has been quite interesting.”

One of the areas Obee concentrates on is in keeping those good staff on board.

“The sector in general has an indifferent record in terms of retention, but we have good retention here. We have a service award every five years with carved tankards or silver plates, and we like to recognise our staff and their achievements.

“When you get to 950 staff it is difficult to know everybody, but it’s at least good to get them in and thank them for getting to those milestones. Loyalty is not a given, it is something we have to earn as an employer. Paying people great salaries doesn’t buy loyalty or commitment.

“My brothers and I work the most hours in the group, much to the disappointment of my wife, but I think that in itself creates a good environment when the guys are locking up at night and they’re kicking us out the door because we are still here.”

Social media is another area in which Obee believes the industry in general is behind.

“We would like to have centralised ownership, but in relation to how you market used cars, most will be local. Those further afield will be in the minority.

“We need to be in tune with being more social-savvy and the reason we want to do that is to get the customer into the dealership at some point, so the social media net needs to be more focused around the area in which you’ll be doing business.

“Being great on social media to someone that lives in Scotland might be great for feel-good factor, but what we really want is to be engaged with people within a 100-mile radius of one of our dealerships.” 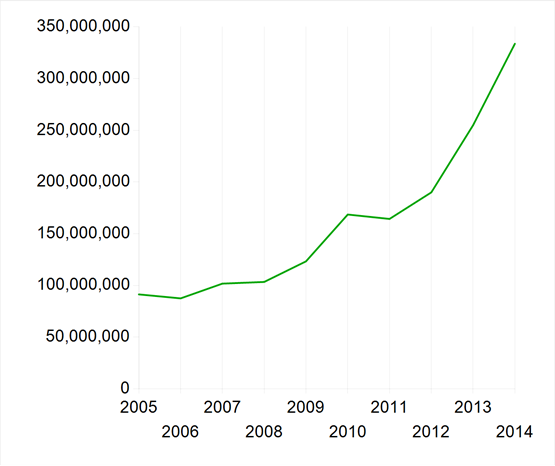 “They’re representative of a year-long period, and during that period we were adding businesses. This year, we are on target to hit our turnover target, which is about £400m, representing growth of 20%.

“This year, we set a much more demanding target on net income, as more of our new businesses transferred from red ink to black ink, so that’s the part of the business we are more excited about,” he said.

“All the manufacturers seem to be quite ambitious with their targeting, and we’ve got a number of volume brands that you might say are at the top end of that ambitious target-setting.

“Therefore it’s very difficult to assume that you’re going to be at the right threshold when you get to the end of the quarter, until you get there.

“Sometimes you get in those last weeks or two and there might be opportunities to improve your earnings or to get you over the line.”

He highlighted how critical the end of the quarters were in hitting targets.

“We had a slow January, February we were where we expected to be, then we had a monster March.” He said the pattern repeated itself in quarter two.

“We had a successful June. But within that we have some very new sites that are still finding their feet. Nissan in Maidstone, Kent, only opened last year and we had a budget for it to lose money, but it’s looking like it’s actually going to turn a profit, which is fantastic.

“We understand the pressure that the manufacturers are under from the factory to grow the volume and I have sympathy, as long as there is consistency. Providing there is a level of consistency across the dealer network from the manufacturer, I think it’s fair to say you’ve got to dig deep and perform.”

Manufacturers can do things to help, however. One of Motorline’s partners told its dealer network at the beginning of the year that it would target numbers rather than a market share. Obee said this was a breath of fresh air.

Pressure to make manufacturer volume bonuses has driven many dealer groups to ramp up its pre-registrations.

Obee said: “We won’t say that we won’t pre-reg any cars, because at times there are great opportunities to grow volume and make incremental money through pre-reg – the same reason we de-fleet demonstrators a little quicker than usual.

“Pre-registering typically happens at the end of a quarter, we did a little bit in June, but on a much smaller scale than we have done in the past.

“When we have pre-registered cars, we’ve done it because it makes a financial tactical benefit to the business. But if we were pushed on missing a target and not earning the bonus money because we didn’t want to run a field full of ageing cars, then we would make that very difficult decision and say we’re not doing it.

“I think at some point the manufacturers have to get realistic, because apart from whether we as dealers can digest these pre-reg cars, it inevitably erodes into dealer profitability, it erodes the ability to sell used cars the following month, then, also starts to eat away at residuals.

“We are lucky to represent brands that have some super residual values, but every time you pre-reg a car you take a chunk of that.”

However, Obee said that concerns about how PCPs’ dominance in financing terms affects conquest business will emerge.

“When you have manufacturers doing so much PCP,  where is the motivation toward the conquest customers? What is going to make buyers come out of their PCP and into another brand?

“I think that will be the question in the next few years and which manufacturer has got the product so right that people do move from a PCP with one brand into a PCP with another.”

Motorline’s plans for the future

Over the next year or two, Motorline is looking at branching out to fill the gap between the South of England and the South West and Wales – the areas in which it has the most presence.

Its brand partners have approached Motorline about the M4 corridor that connects the two areas, but Obee said it is being selective.

“Over the next few months, we are going to be taking on a lot more challenges with new sites and opportunities, starting with the investment into new sites in Dartford, Medway, and the M4 corridor, by 2016,” Obee said.

The Kent-based motor group has yet to confirm which of its franchise partners will be represented at the new sites.

Obee said: “If all of our plans come off, there is potentially £80m-100m in additional turnover, across a few different manufacturers.

“We are hoping to expand our Peugeot portfolio, as we only have Peugeot in one dealership at the moment.”

Motorline is also in talks with Lexus about a new site, following the redevelopment of its site in Cardiff.

“We will have at least one incremental business open by the end of the year. We constantly keep an eye out for the future.

“We’ve never got out of bed in a morning where we have a target for how many dealerships we want. We love what we do and we are ambitious around it, our trick is we want a successful business that does things in a good way, is recognised as being a premium deliverer within each of the brands we’ve got.

“My wish is that if you were to speak to any one of our brand partners, whether that’s Lexus, Toyota, Peugeot etc. they’d say Motorline is in their ‘very desirable’ box to work with.

“The best compliment you can have is when manufacturers say they’d prefer Motorline to do it and we’ve been lucky enough to be in that position with some of our current brand partners.”