A challenging year for insurance puts the spotlight on support 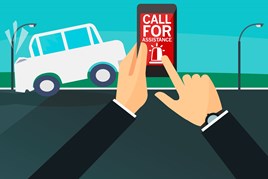 This year has proved a testing one for insurance industry suppliers as the Financial Conduct Authority (FCA) implemented its new Guaranteed Asset Protection (GAP) rules on September 1.

The potential for the FCA to force dealers to reveal claim ratios across all add-on insurance products could also prove troublesome in the future.

However, challenges bring with them the opportunity for suppliers to really show their worth and differentiate from the competition. Dealers have been able to call on their suppliers and really put their support to the test over the last 12 months.

Peter McKenna, AMS Group managing director, said the company had experienced growth over the last 12 months with a boost from its Asset Secure GAP products.

The company, which provides approximately 250,000 GAP policies a year, has seen around 20% growth in sales over the last 12 months, particularly with larger dealer groups.

McKenna said: “Unlike most of our competitors, Asset Secure does not have (and has never had) any market/insured value, pre-approval of motor insurance settlement or other similar claim reduction/rejection clauses.

“We pay the actual difference between a customer’s motor settlement, Glass’s retail or insured value or not, and the vehicle’s net invoiced purchase price.”

Claims are settled direct by AMS in-house within 24 hours of receipt of all required documentation.

McKenna is not concerned about the impact of FCA regulations on future GAP sales.

He said: “Regardless of the new FCA regulations (similar to those in some US states), we believe GAP will continue to grow, with increased consumer awareness, from its current 30% of new and used car sales to match that of the US at some 70% over the next four to five years.

“Motor dealers, providing they offer the best full-cover GAP and service available, will continue to have the advantage over online brokers (currently only 10% of the market).”

McKenna said that while broker products were cheaper, he believed the majority only offer limited cover.

Rather than see a drop-off in interest in GAP insurance sales in the lead-up to September 1, Mapfre Abraxas has seen the majority of its growth over the last 12 months come from increased penetration of the asset protection product.

According to David Parrondo, Mapfre Abraxas deputy managing director, dealers have also been adding to their insurance add-on portfolio, with tyre and alloy wheel cover and MoT insurance highlighted as particular growth areas. Mapfre also launched a new mechanical breakdown insurance product in June this year. The new product was designed following dealer feedback to help cover the cost of repairing or replacing mechanical or electrical components that cause a vehicle to suffer a sudden breakdown.

Parrondo said: “We’ve had some positive results in terms of new business this year and are pleased with the diversity of new dealers we’ve attracted.

“New clients have ranged from smaller franchised dealers to top AM100 retailers and a number of independents too.”

The UK team was bolstered earlier this year with the appointment of Nick Franklin as head of partnership and distribution.

His role is to further strengthen Mapfre’s existing partnership and distribution team and the service and support the company provides to its dealer partners. The appointment followed a restructure within the UK team that, earlier in the year, saw Caroline Davies and Damian Tyler promoted to head up the South and North sales regions in the UK respectively.

Parrondo was unable to share what percentage of growth the company had seen over the last 12 months or how much new business had been won.

However, he did say that the growth was won on the strength of Mapfre offering clear solutions to help dealers with the new FCA rules on GAP.

He said: “We have received very positive feedback on our new point-of-sale plus system and on our new ‘click-and-buy’ sales platform, both of which demonstrate our innovative approach and broader thinking when it comes to supporting dealers with a multi-channel distribution approach.”

Yorkshire-based Car Care Plan, one of the major insurance providers to dealers in the UK, is also not expecting new insurance regulations to hamper sales.

The company has seen continued growth in the UK over the last 12 months and is expecting that trend to continue into 2016.

“We’ve found that we can add our market knowledge and insight to each dealer’s sales process” Tim Heavisides, Car Care Plan

Tim Heavisides, Car Care Plan chief executive, told AM: “Growth has come from all areas of the business and across all products.”

The company offers warranty and roadside assistance products to dealers, but its insurance business is made up of GAP, MoT insurance, tyre and alloy insurance and paint and upholstery insurance.

Car Care Plan was unable to openly share who and how many dealer partners it had in the UK due to its parent company AmTrust Financial Services being wary of making commercial statements beyond “statutory filings”, but Heavisides did say the business was working with a “very strong number”.

He added: “Car Care Plan is about long-term, stable and supportive partnerships and delivering our partners’ objectives has to be our primary goal.

“We have the ability to bring stability to pricing and expertise to underwriting for customers. We’ve found that we can add our market knowledge and insight to each dealer’s sales process.”

Part of this strategy to be supportive with dealer partners is making sure each dealer customer is recognised individually and custom requirements are developed, rather than operating with a one-size-fits-all approach.

Heavisides said the company had been working with dealers to customise insurance products around monthly affordability, rather than outright purchase. Insurance sales had been particularly successful when matched with the finance duration to make sure customers were protected during the length of time they were due to have the car.

MB&G Insurance said it grew 15% over the past 12 months, but declined to make any further comment.