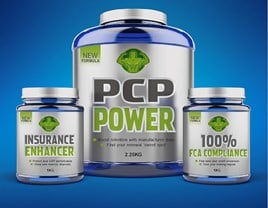 Almost 18 months since the Financial Conduct Authority (FCA) took responsibility for consumer credit, dealers largely appear to have taken it in their stride.

“The challenge has always been creating the processes, communicating the changes and training employees to introduce regulated products in a positive manner,” she said.

“Previously, I ran my own compliance company, so for me the entire FCA remit has been straightforward. Additional work came in the form of things like updating all the various processes to meet ongoing rule changes. I have always viewed the legislation positively; the FCA’s remit is to protect the consumer and customer satisfaction is one of our key objectives, so why wouldn’t we strive to achieve the FCA goals? If processes are followed properly then not only does customer satisfaction improve, but so do sales and our metrics bear this out.”

Emily Leigh-Dugmore has been in her role as compliance manager at Volkswagen and Skoda group, Citygate, based in and around the M25, for the past 11 years and while the introduction of additional processes and fine-tuning of existing practices was inevitable, the workload has not changed significantly since the days of the former regulator, the Financial Services Authority.

Directors meet regularly with Leigh-Dugmore to decide on their strategy. “We have prided ourselves on being absolutely thorough for years, so for us, the administrative burden has not increased dramatically,” she said.

The group’s slot for full authorisation was scheduled for the end of December last year and Leigh-Dugmore ensured they worked well ahead of the deadline. The group did commission the services of a consultant, who made only a few minor suggestions to the group’s processes and documentation.

“Admittedly, we didn’t press the send button until two weeks before the deadline, but by then it was a case of just uploading documents,” she said. “We did spend an entire week doing nothing but the authorisation. Thankfully, our submission went straight through with no queries.”

For Chris Chatfield, Swansway Group’s compliance manager, the fact that the company was already authorised for insurance products meant many of the required procedures were also already in place for consumer credit and the consistency which followed, in some ways, made it even easier.

“It has actually brought all our processes into line and we now have to do the same for everything rather than following different protocols for finance and another set of rules for insurance.

“There was an additional workload because we had to scrutinise our procedures and review all our commission structures. We had to make sure we were treating customers fairly and new compliance systems were put in place for recording demands and needs. However, we now have a system which is consistent across F&I and is much clearer and easier to understand, for both the sales executive and the customer.

“Applying for full authorisation wasn’t as onerous as we thought it would be; it was the supporting documentation such as the compliance manual, monitoring programme and business plan that took the time. However, it made us look at all our processes and that’s good business practice anyway.”

With four sites and seven franchises, Sturgess Motor Group did not apply for full authorisation. Instead it continues with its three-and-a-half-year relationship with Automotive Compliance, which is directly authorised by the FCA. Dealers are able to sell F&I products as an ‘appointed representative’.

“We have not had to shoulder the administrative burden,” said Sturgess’s retail finance manager, Mark Haydon. “The biggest issue has been the change of culture, we are all human and we generally don’t like change.

“Our processes have changed in line with the new regulations. However, the rules have helped give back some control to us. In the past, we all reached the end point, but the steps we followed weren’t necessarily in the same order and were largely determined by the customer. Now, we have to follow the process step-by-step and it is much more stringent.”

The Automotive Compliance procedure is automated and includes a ‘product presenter’, which requires a customer signature on the pad, also creating an audit trail.

“This is the perfect solution for smaller companies like us and has given us added confidence that we are compliant,” said Haydon.