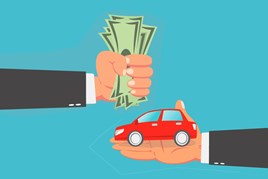 Dealer point-of-sale finance has achieved record levels of penetration since summer 2014, with PCP having truly captured the new car buyer’s interest and steadily growing in the used car market.

Driving the growth has been a combination of factors, including consumer confidence, dealer aptitude and increased levels of support and promotions from finance houses.

Black Horse reported 18% net lending growth in the first half of 2015, and 33% year-on-year to £8 billion, driven by strong levels of new business.

The company added 155,000 new customers across its motor, bike and leisure business during the six months to July. It has also continued to invest heavily in its digital offering, including the development of Black Horse SignIt, the business’s new online motor finance signing and approval system, which it says will speed up the sales process for dealers.

Black Horse said it had also made a significant digital investment to meet the changing needs of dealers and customers.

In light of the FCA regulations and emphasis on treating customers fairly, it has de-coupled any link between the interest rate charged to the consumer and the amount of commission earned by the dealer. Instead, commission is linked to the amount of the advance. All credit arrangement fees have also been abandoned.

An in-house customer contact programme that obtains customer feedback on the finance element of the buying process is shared directly with dealers to help to drive continuous improvement. And a ‘dashboard’ for dealers, to be launched shortly, will provide information, including key metrics and trends in customer affordability, sustainability, suitability, price and remuneration. The results will form part of Black Horse’s regular business reviews with dealers.

Tim Smith, Black Horse head of motor finance for the North and major groups, said the strong volume growth in 2015 had been driven by new client partnerships and organic growth through existing partnerships.

“We have also seen increases in finance penetration across all businesses and this is really significant noting the further progress made with driving great customer outcomes.”

“Key to growing the market is taking dealer finance to the new point of sale, which is the consumer’s smartphone, tablet or PC” Karl Werner, Motonovo

Motonovo Finance’s head of sales and marketing, Karl Werner, said Motonovo’s “encouraging levels of growth” had been created through capacity to help dealers adapt to the increasingly online nature of the car buying/finance process. Motonovo, which works with dealers including Pentagon and Eddie Wright Car Supermarkets, was an early adopter of the importance of technology.

“Dealer finance has grown, but market growth in used dealer finance, where we specialise, is broadly in line with the overall increase in consumer credit,” he said.

“The resurgence of dealer finance through the credit crunch and recession has helped to reverse a long-term decline in dealer finance. However, the industry should be under no illusion that, as the economy improves, competition from direct, high street and supermarket lenders is increasing.”

As well as the return of unsecured finance options, the dealer finance sector has become increasingly popular with both existing and new entrants seeking growth. This will only be possible if the sector can take market share from other lending forms and it is important that all players recognise the importance of this factor. The alternative would be risking a return to unsustainable margins.

“Key to growing the market is taking dealer finance to the new point of sale, which is the consumer’s smartphone, tablet or PC. For us, helping dealers to move to embrace digitalisation has been a real differentiator, achieving a transition in a dealer and consumer-centric manner,” said Werner.

Motonovo’s tools and support structures include Change Alert, which notifies dealers when customers are likely to be back in the market, MyCarLocator, which publishes partners’ stock with finance examples, and Discount Shopping, which allows customers to make savings on purchases at various high street brands.

Werner said used car PCPs would form part of the future, because consumers online could now see how affordable a used car could be using the tools provided.

At Close Brothers Motor Finance, managing director James Broadhead said the company had had a good 18 months, increasing volumes and expanding its dealer base. The business, which has a branch network of 14 sites serving mostly independent dealers and a central key accounts team for larger dealer groups, launched a PCP for used cars three years ago that has grown rapidly.

It offers HP and is considering adding leasing and PCH to its portfolio in the future. It is also running a trial looking at how it ensures customers are treated fairly, but currently still operates a commission structure. Broadhead predicted that commissions would reduce in the industry in the future, but finance penetration would increase as a result.

He said that as Close Brothers Motor Finance operated on a service-led proposition rather than price, its branch network and key accounts team provided manual underwriting on individual deals. They could do so because they knew their dealers well and that meant the finance house could consider the circumstances behind borderline applications that would normally fail if judged only on credit scores.

The account managers had also been directly involved in keeping dealers up to speed with FCA developments. That had strengthened the partnership, so it was not down to offering the most commission or accepting the most deals, but the ability to offer more added value.

Broadhead said the firm was predominantly a used car finance supplier, and operated as a second-string lender behind franchised dealers’ manufacturer finance houses.

Close Brothers Motor Finance, whose clients include Snows Motor Group and Arnold Clark Automobiles, has introduced a referral intermediary service this year. Any deals not accepted are then referred elsewhere, supporting the small and medium-sized dealers that do not have a large panel of finance companies available.

Alphera Financial Services introduced rate caps for its franchised dealer, prestige and independent trader sectors at the beginning of 2015. It also removed all fees, except for an option to purchase charge.

Alphera sells the majority of its finance in HP and PCP because these suit the needs of most customers, but also provides finance lease, contract hire, variable rate agreements, and even annual payment finance.

Although it declined to give figures, Alphera, whose clients also include Snows Motor Group and Arnold Clark Automobiles, said 2014 was a record year for volume of cases and partnerships with dealers and brokers, and 2015 was tracking ahead of that.

From the start of this year, Alphera moved away from bonusing dealers for volume of finance sales and removed all customer fees except for a nominal option-to-purchase charge. Director Spencer Halil said its products were all priced in the same way for the dealer now, so there was no incentive for the dealer to offer one product over another. It has taken aspects out of its reward plan that might have encouraged dealer sales teams to sell in a less compliant fashion, giving dealers confidence that it is not using structures that undermine their own compliance activities, he said.

It also introduced a rate cap of 14.9% APR for the franchised sector. Halil said the cap was set at a fair level and, while it prevented the rate sold being too high, it did not restrict the customer’s ability to negotiate or the dealer’s ability to discount.

The changes were aimed at providing a smaller, more refined portfolio of products that really added value, he said.