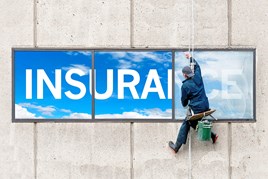 Not content with redressing the balance of power between customers and the insurance industry over GAP, the Financial Conduct Authority’s spotlight has turned to all add-on insurance products.

The FCA wants the wider insurance industry, including products offered by automotive retailers, to demonstrate the value they offer, potentially publishing claims ratios across the board on things like MOT cover, tyre and alloy and cosmetic insurance.

The FCA has published its suggestions and gathered feedback before its deadline of September 23 last year. An entire quarter of trading has gone by and the industry is still none the wiser as to what the FCA’s stance is. For the time being it’s business as usual for dealers selling general add-on insurance products, with the knowledge there could be big changes ahead.

In the discussion document the FCA published in June 2015, it suggested three potential solutions for dealers to adopt to demonstrate how each add-on insurance product gives customers value for money. It proposed that dealers publish:

“We believe consumers in this market need to have greater transparency about what they are paying for” Christopher Woolard, director of strategy and competition at the FCA

Christopher Woolard, director of strategy and competition at the FCA, said: “We believe consumers in this market need to have greater transparency about what they are paying for.”

Woolard believes the suggestions set out in the FCA’s paper will boost competition between finance and insurance companies to offer better deals.

“We are committed to introducing a measure of value for general insurance products’” he said.

However, value for money is relative. While one person will pay for quality, another may be looking for the best price possible regardless.

Can you attribute value to peace of mind?

Mike Macaulay, AutoProtect’s head of corporate sales, said: “It is important that customers know and understand the general insurance services they are buying.

“In terms of value, the challenge is assessing the importance of peace of mind in the overall equation.

“As an example, the customer who purchases drainage insurance is unlikely to want to claim on it, given the potential disruption and inconvenience that would ensue; but if the worst should happen, they want to know that all the bills will be covered.

“It is the same for added-value services available in the showroom. Our primary task is to ensure customers know exactly what they are buying and that any claim will be dealt with quickly and sympathetically.”

The Association of British Insurers (ABI) welcomed the fact the FCA has built time into gathering responses from the industry.

A spokesman from the ABI said new value measures have the potential to “significantly affect product design and governance across general insurance markets.

“Of the three options presented within the discussion paper, we favour publication of claims performance metrics: acceptance rates, claim frequencies and average pay-outs.

“Customers don’t buy add-on products hoping they will need to make a claim, so according to the FCA’s measurements they hope it has no value to them” Tim Heavisides, Car Care Plan Group

“We are of the view that these measures would provide the most relevant information for a consumer audience and would provide greater insight into the way products perform.”

He said while this would require more data to be collected from insurance providers, the aggregation across the market for each product would allow a “manageable” amount of data to be presented to customers.

The ABI is opposing the FCA’s suggestion that individual suppliers have to publish their own claims ratios for specific products. The ABI is also strongly opposed to claims ratios being presented at the point of sale, saying it would “detract from more relevant product information”.

In response to the FCA’s discussion paper, the ABI said: “It is vital that any remedy designed to tackle the concerns identified within the initial market study is appropriately targeted and proportionate.”

“Nothing is yet set in stone and there is no absolute certainty on what the remedies are likely to be,” he said.

“The FCA has published a discussion paper, which is exactly what it implies – the regulator has proposed some ideas they want to discuss with the industry.”

Heavisides expects there will be some way to go before a final policy statement is issued. The industry is expecting a consultation paper to be published before the end of March.

If the FCA’s approach to its GAP measures is anything to go by, dealers could see new measures introduced for the start of the plate-change on March 1 in order for them to touch as many customers as possible.

However, Heavisides is preparing for the industry to receive implementation guidelines in the summer, ahead of them being rolled out for the September plate-change.

He said: “In our opinion, any new rules will take effect in September of 2016 at the earliest.

“There is much discussion about what the FCA means when they say ‘publishing value measurements’.

“The FCA could publish either product-specific or insurer-specific information on their website and insurers would then have to publish their results on their own websites, but there’s still huge concern that whatever that information might be, it might not represent what consumers mean by product value or peace of mind.

“Customers don’t buy add-on products hoping they will need to make a claim, so according to the FCA’s measurements they hope it has no value to them.”

Heavisides said value may be better represented by quality of service or policy features and the market has seen increased use of mechanisms such as Defaqto’s star rating system to show customers how products compare. It is then down to consumers to work out whether the cost represents value to them.

“If insurers have to pay more claims to “improve” the ratio, there’s a strong likelihood that savings will need to be made elsewhere, which could impact on the service customers or dealers experience, leaving customers unhappy with the quality of service delivered and could lead to more unintended complaints. We’d question how that could improve value to customers.”

Another concern is that all insurances are being treated in the same way by general regulation across all add-on products. Heavisides argues value is measured differently by customers depending on which product is being considered.

As the ABI has outlined, Car Care Plan would favour information being made available that relates to claims acceptance rates, how often customers claims and average claim pay-outs so customers can see real-life differences between products and make comparisons to the amount they pay for cover.

Is there a transparency issue?

Understandably, the automotive insurance add-on industry has been generally unwilling to comment on the impact claims ratios will have on dealers, saying that any comment is speculation until there is a document setting out what the FCA wants to introduce.

However, while some suppliers won’t comment directly on claims ratios, they make the point that the industry should be focusing on the value and transparency that is already provided with the products they sell.

Mike Macaulay, AutoProtect’s head of corporate sales, said: “Certainly it is possible that metal profit will need to increase if other profit centres come under pressure.

“Alternatively, dealers may need to make other profit centres work more effectively. The development of a wider added value service portfolio would seem to be a natural development.”

Nick Franklin, Mapfre Abraxas head of partnership and distribution, does not believe there are any issues surrounding product transparency.

He said: “All insurance products already have to have clear terms and conditions and key facts, documents that give details of what’s covered and what’s not.

“These are provided before purchase so that the customer can make an informed choice about whether to buy the product or not.

“We’re also following the FCA work on smarter communications and will incorporate any best practices identified in our product literature.”

For Mapfre, it’s very much business as usual, with dealerships continuing to offer a range of products.

Franklin said: “As ever, this process will take time, which can lead to some uncertainty. But it’s important for everyone to focus on continuing to give feedback and shape the outcome of the final proposal.”

Franklin said there is still more work to be done for the FCA to truly understand automotive retail and how consumers buy add-on products.

He said: “Compared to other more traditional distribution channels in the financial services sector, I don’t think the FCA have such a detailed understanding of the automotive retail sector.

“However, it was clear from their recent add-on market study into general insurance that they were very keen to learn more about this sector. What is also clear is that, rightly, the FCA’s main concern is for the consumer and ensuring that the right outcomes are delivered for them whatever the distribution channel.”