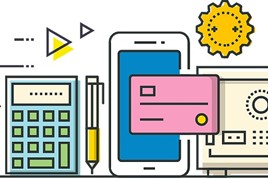 AM looks at key areas in the automotive finance industry, with views from experts in the field.

Volvo and Jaguar Land Rover have both launched all-in-one subscription models  that offer car access rather than ownership, via a monthly flat-fee subscription with no down payment.

Care by Volvo starts from £799 a month and this includes insurance, servicing, tyres, and breakdown cover. Jaguar’s InMotion Carpe starts from £910 and dealers get paid for aftersales work in the same way they currently do, with vehicles sold by JLR on leasing contracts.

AM asked Volvo to offer its thoughts on the ability of the all-in-one model to go mainstream, but the company said it was “too early to comment”.

“We don’t foresee them becoming a major part of the sector, but they will be there for people who value convenience above all else.”

Spencer Halil, director of Alphera Financial Services, saluted companies such as Volvo and Jaguar for trying the idea.

He said: “At launch, this option is too expensive for the majority of customers, but I think if one company can nail this package at an affordable level, it could be huge.”

Halil believes it is possible to create an all-inclusive package that is still profitable on more mainstream city car and hatchback models for about £300, but it’s going to be a challenge.

He said: “You almost have to look at it like the Tesla model. You set out knowing it won’t be profitable, because at this stage you’re testing systems, proving the structure of it all works.”

Nearly nine in 10 customers (89%) are “confident” or “completely confident” about financing a car online, according to research from iVendi.

However, 87% also said visiting the showroom is still an important part of the buying process.

The research interviewed 304 consumers, 51 dealers and 11 manufacturers. It found 51% of dealers believe customers would buy a car from them entirely online. However, just 6% currently offer this option.

One third of vehicle manufacturers plan to offer the option to buy and finance a car online within the next 18 months and 81% believe that their existing dealer networks should be involved in online retail.

Tew said: “The car buyer appetite for moving more finance online exists, the technology exists and it is up to dealers to deliver. We can see through our platforms that where customers are offered a comprehensive online finance solution – including a calculator, a choice of products and lenders, and a pre-qualifier – that car sales increase alongside finance penetration.”

Halil said the industry is in transition, with the technology already available, but with consumers still reluctant to complete finance applications away from the showroom.

He said: “As the younger generation of buyers start to come through, we’ll see that shift towards more being completed and signed remotely.

“The key will be for dealers to be able to offer all options, so you’re not just transitioning to all online and nothing in the dealership. The choice has to be with the consumer and I think there will always be some customers that will prefer to do things in person.”

The rise of the used car PCP

Justin Benson of KPMG said personal contract purchase (PCP) is growing significantly in the used car market, but it is still only at 35% penetration on average, compared with 85% of new car sales.

James Tew said that as average wages stagnate, used car PCPs have played an important part in helping used cars to remain affordable on a monthly payment basis: “There is a good chance, we believe, that we will also see the development of used car PCH, mirroring the new car market, but limited to VAT qualifying cars.”

“The used car PCP is making newer cars available and affordable to first-time buyers. If you think about first cars a few years ago, it would have been a much older example hatchback, but now you’re seeing relatively young drivers choose German premium brands as their first car, and that’s made possible by affordable monthly payments on used car PCPs.”

According to the British Vehicle Rental and Leasing Association (BVRLA), personal leasing grew by 14% in the first quarter of 2018, contrasting with a 1% overall decline in the leasing sector.

The 10 largest leasing companies in the UK all offer personal contract hire (PCH) and they are increasingly targeting private sales as a growth area of their business.

Unlike a PCP, PCH does not offer the opportunity to own the vehicle at the end of the finance deal.

Mark Evans, fleet consultant for ALD Automotive, said: “PCH is popular with younger people, who are more detached from the emotional side of ownership and would rather have the latest model, whether that is a car or a mobile phone. With PCH, drivers have embraced the idea of having a new car every few years, possibly upgrading to something that they wouldn’t normally be able to afford to buy, particularly if the cost is fixed and budgeted, taking away the financial risk.”

Halil said Alphera does not offer PCH and he has made no secret that he’s not a fan of the product.

He said: “I don’t think PCH is well explained to consumers and in terms of them looking to change a vehicle it can be very expensive to do. I think where PCH is offered, it’s possible to offer a better PCP deal against it.”

Top 10 leasing company Zenith launched Zen Auto in March this year, with a focus on offering PCH deals to the public.

The company expects the consumer market, currently 80% PCP and 20% PCH, to flip in favour of PCH within the next 10 years as millennials – with no equity – drive a new subscription economy.

Mobility as a service/car subscription services

Daimler Financial Services is rebranding as Daimler Mobility next year and every major manufacturer has a mobility programme either launched or in development.

Tew said there is a niche in the market for mobility as a service (MaaS), but that it will tend to remain a niche activity, especially outside of cities.

He said: “The expense of the logistics, but especially the lack of general transport integration in the UK, means it will always be a difficult service to deliver.”

Tew said many mobility solutions are not revolutionary in themselves, they are variations of existing services such as taxis and daily rental.

He said: “Finally, you shouldn’t underestimate the attachment that people have to their own personal space in a car.”

Justin Benson, KPMG’s UK head of automotive, is more positive about manufacturers’ march away from the traditional franchised dealer model.

He said: “Manufacturers will still need to distribute and deliver the vehicles to the end consumer/driver, but this is more likely to be direct to homes or to a central point and the traditional sales establishment will become more of a fixed-fee fulfilment process.”

Benson said Ford’s Next and Rockar collaboration in Manchester was an indication of the direction of travel from the biggest volume brand in the UK.

He said: “As MaaS grows, dealers will look to pivot away from new car sales altogether, instead focusing on multi-brand servicing and used car supermarket operations, which many have already started to do.”