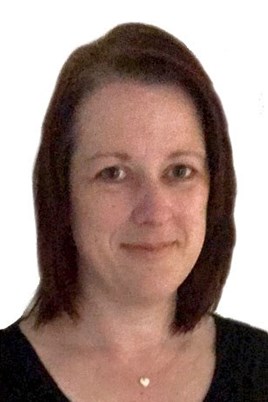 The volume of reported fraud has increased by 41% in the past 12 months, according to the National Vehicle Crime Intelligence Service (NaVCIS), which was launched 10 years ago with sponsorship from the Finance and Leasing Association (FLA).

Since 2007, its fraud unit has recovered more than 4,500 cars, with an estimated value of more than £52 million. This year it expects to return £8.4m worth of fraudulently acquired vehicles, representing about 60% of the total reported. NaVCIS only sees the fraud reported by FLA members, which is a fraction of the overall finance fraud recorded in the UK.

Sgt Kate Jackson leads a team of 16 police staff at NaVCIS, who look at all the reported fraud cases from finance companies.

Where is vehicle finance fraud coming from?

There is a huge spectrum of criminality. Some people have never been involved in criminal activity before, but have taken possession of a vehicle and refused to make payments.

At the other end of the scale are the international organised crime groups who are targeting the UK finance industry and exploiting any opportunities to make high-value returns on quite a low-value investment.

dealerships. One obtained five vehicles in one week, worth a total of £500,000.

What can dealers do to prevent finance fraud?

Greater awareness within the industry could prevent a lot of these criminals from being successful. Sales staff need to be more thoughtful when processing an application or speaking to a customer – listen to what they are telling you and listen to your gut instincts as well.

There are good opportunities to prevent fraudulent applications if the dealer just takes time to ask more questions.

Increasingly, applications are made online or by phone with no face-to-face contact. This presents a greater opportunity for the

fraudsters to exploit the dealer. Ask them to bring the documents in rather than email them across and only accept original copies.

Take a step back and review the information before completing the transaction, it will save you time and effort in the long run.

How can fraudsters be spotted?

Often they will make several applications in quick succession to various finance companies. If unsuccessful, they tend to come back wanting to change some of the basic information that is processed as part of the application, such as salary.

They might also come back with another person and try to get the finance in their name. They are often persistent to get the transaction proceeded very quickly.

There are numerous occasions where elderly or vulnerable people are exploited by unscrupulous people. If you are unsure, think about whether the vehicle fits their lifestyle.

Can you give some examples?

In one case last year, a 20 year-old male applied for finance and stated he had held full-time employment for four years as a dentist.

He was successful despite the fact that qualifying as a dentist takes four years at university then a few more in training. No one at the dealership staff considered that if he had been a dentist he must have started his career aged 12.

Another example was a 19 year-old female who claimed she earned £40,000 a year as a beauty therapist. If the salesman had considered that to be an unrealistic figure and questioned it, they might have found she actually earned significantly less.

With a bit of awareness of how society operates and being savvy with current affairs you can probably head off a lot of these false applications and representations that are being made just by using your own knowledge and common sense.

What should a dealer do if they suspect a customer is trying to commit fraud?

The first step is to get a second opinion. It’s imperative that all staff know they should double-check if they are unsure about something.

If you think you’ve got fraudulent documents in front of you or if you think someone vulnerable is being exploited, report it to the police.

Also, speak with the finance company. If they decide to go ahead having made further checks, at least you’ve had that conversation.

If you are going to involve the police then make sure you can give them as much information as you can.

If there is CCTV make sure you have the footage ready, if you have documents put them in an envelope or plastic bag so they can be forensically examined. The more help we can give to a local police force then the better the possibility of a positive outcome.