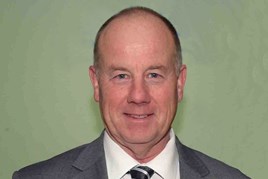 The Chartered Trading Standards Institute (CTSI) is the gatekeeper to approval for the numerous codes of practice in the motor retail sector and it wants the industry to continue to self-regulate.

AM spoke to Tim Milsom, CTSI lead officer for the motor trade, about the organisation’s relationship with the trade and how well it is performing to protect car buyers.

How is the car retail industry viewed at a public/Government level? Those within the industry know the “Arthur Daley” stereotype is a thing of the past, but what is the reality in terms of current perception?

The Government is keenly aware of how important the motor industry is to the UK economy and as an employer. It’s a massive revenue generator and the UK’s exporting record with vehicles is strong. During Vince Cable’s time as  Secretary of State for Business, Innovation and Skills he introduced the Better Business for All programme. His vision was that regulators such as Trading Standards should be more sympathetic to business needs. With regards to Arthur Daley comparisons, Trading Standards judges things purely on an investigative level. If you look at the way the industry has improved, you could argue that the trade has done a good job of brushing itself up.

What is the biggest problem area for consumers within motor retail?

Used cars sales have clearly been a problem area in the past. If we look at Citizens Advice statistics, they show 7.4 million used cars sold between Q4 2015 and Q3 2016 and that attracted 62,000 complaints. That may look bad, and it is the biggest complaint area, but it’s actually not a bad ratio between sales and complaints when you’re looking at the sheer volume of transactions. If you also look at results from a comparable period back in 2011, there were 7.1m used cars sold and 84,000 complaints. That’s a 26.2% reduction over the past five years and highlights the improvements that have been made.

Do franchised dealers have a better record when it comes to the volume of complaints against them compared with independent used car dealers?

We would never look at a case with any preconceived ideas, whether it is a franchised dealer or a used car dealer. We look at the evidence. The type of business is irrelevant. The sheer volume of used cars sold by independent dealers and supermarkets in comparison with franchised dealers and the profile of older vehicles means it’s inevitable there will be more complaints on that side. Vehicles are so complex and there are many things that can go wrong, particularly when it’s an older vehicle.

What is Trading Standards’ main area of focus when it comes to the motor trade?

Most cases we look at fall into two different categories. The first are businesses that think they are doing the right thing, or fall foul of the rules due to ignorance. The second category is the one we’re most interested in as this tends to be criminal in nature.

Rogue traders in the used car industry are often opportunistic and the fact they are selling vehicles isn’t essential to their end goal. It could be cars one month and then holiday timeshares the next.

Traders in the first category can be helped with self-regulation, such as codes of practice, but the second are just looking to get as rich as they can, as quickly as they can and they don’t care if that’s by criminal means.

Can you share data around the level of fines that have been given out to motor retailers in the past year? Has this gone up or down?

There are more than 200 offices across the UK and the data on fines is specific to each office. There is no current way of pulling that data together so it’s difficult to say. It’s usually the trade papers, such as AM, or local papers that end up reporting on these individual cases.

How many complaints does it take from a consumer about a dealer for Trading Standards to investigate?

The most important element is the criminal intent. We don’t step in if it’s a civil matter, but if there is a suggestion of criminal activity, this is where we will launch an investigation. We look at each individual complaint that comes in, but, of course, due to the resources available at each local authority office, if there are multiple complaints against one business, it’s likely that will be given priority for an investigation.

Can you talk about the success of the Consumer Rights Act 2015 (CRA) and the impact that has had on the motor retail industry? Can you quantify how successful it has been since launch?

I don’t have specific figures, but I don’t think it has made a dramatic difference in terms of cars being returned to dealers. It has certainly clarified a consumer’s rights when they buy a car, informing of them of what they are entitled to. I haven’t seen a huge amount going through the system as a direct result of CRA. Its introduction has definitely made dealers look very carefully at their processes and how they deal with returns and customer complaints.

The biggest problem with CRA has been identified by the online classifieds providers, which have told us some dealers are masquerading as private sellers to avoid having to adhere to CRA. There is collaboration about this problem from the classifieds industry as they want to make their websites as safe as possible for customers to do business. They track IP addresses and have technology to try and stamp the practice out.

How would you describe Trading Standards’ relationship and communication with the motor trade?

I sit in on a meeting group arranged by the online classifieds industry and I also chair the Independent Compliance Assessment Panel for the Motor Ombudsman (formerly Motor Codes). We don’t have set meetings with the RMIF, SMMT, Experian or HPI, but we have an open dialogue with them. Our communication is usually around a specific issue that needs to be discussed, rather than quarterly updates. I am one of two lead officers for the motor trade (along with Gerry Taylor) and we work very hard to keep communication open with the industry.

Does the fact the motor industry self-regulates through codes of practice, such as those offered by the Motor Ombudsman, mean the Government is happy about how consumers are being dealt with?

Having an industry self-regulate is a win-win situation. It means we can concentrate on criminal investigations and the codes of practice that are offered by the RMIF, Bosch, the RAC, BVRLA and the Motor Ombudsman can help to deal with the first category of dealers I mentioned earlier.

Is Trading Standards happy with the codes of practice currently operating the industry? Is there a problem area on the horizon?

There are two stages to code approval and to get through those is a pretty high bar. Once they are in operation, the codes are audited annually to make sure they are performing to the standard we expect. In the case of the Ombudsman title, that carries two audits a year. There needed to be a code in place for the used car sectors and that has been covered with things like the RAC used car code of practice or the Motor Ombudsman’s Vehicle Sales Code. I would say there aren’t really any holes that need to be plugged right now. The industry is doing a good job of covering things.