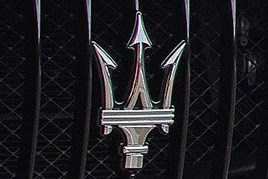 Ask the man on the street which car brand holds the greatest allure, the most magnetic draw for enthusiasts and the general public alike, and the answer is likely to be Ferrari. Few businesses in any sector provoke such an emotional reaction and boast such a strong identity.

Consider then that, for Maserati, the power of its big brother’s brand brings with it something of a headache.

As the Trident-badged Italian manufacturer looks to lock horns with Audi, BMW, Jaguar and Mercedes-Benz – this year doing so with the help of its first SUV, the Levante – it seems Maserati’s close ties with Ferrari are becoming almost as much of a hindrance as a help.

Peter Denton, general manager at Maserati North Europe, said the introduction of diesel engines, reduced servicing times and costs and a focus on leasing and contract hire are helping to transform the brand.

However, as Maserati welcomes the potentially volume-doubling Levante SUV into its showrooms, Denton said it remains hard to uncouple the Maserati and Ferrari brands in the eyes of a new, more price-conscious customer base.

“For a long time, Maserati existed in the UK because of the profitability of Ferrari. We were able to sit alongside without the requirement to be very contributing, but it gave them another opportunity to attract customers to the showroom,” said Denton.

“Now, Maserati has its own ambitions and we are presented with a new challenge – getting people who might normally be interested in an Audi, BMW or Mercedes to pluck up the courage to visit a dealership that normally trades in £200,000 supercars.

“People are intimidated, pure and simple. Our main problem is people are highly aware of the brand, but are not aware of our product or our price and we need to work very hard to change perceptions.”

In 2012, Maserati had 12 UK showrooms, all of which were paired with a Ferrari sales operation.

These 12 sites are still shared, but new recruits such as Bowker, Marshall Motor Group, Motorline and Parks Motor Group and expansion by existing partners have taken the network to 19, with an additional site expected imminently.

Denton believes 26 retail locations would see Maserati fulfil its aim of being accessible to customers within a 45- to 50-minute drive, but believes his target of achieving that figure within two years could prove tough.

He said: “We need a showroom with around 200 square metres in order to provide the right showroom capacity and there aren’t many outlets of that kind of size and structure with partners that have a premium brand experience in terms of their training. We’re after a lot of stars to align.”

Maserati has already turned to its current operators to open new facilities, with Motorline’s move into Cardiff following the opening of a Maidstone site in June 2015, and HR Owen’s new facility adding to sites at St Albans and South Kensington.

Denton describes the brand’s CI requirements as “modest”, with a £100-per-square metre cost and no demand to be a solus brand.

The brand’s retail network is operating at -1.6% RoS, with profits made from aftersales, but there is potential for growing used car sales.

Taking Maserati head-to-head with manufacturers such as Audi, BMW and Mercedes-Benz, the Ghibli (from £49,165) brought fleet appeal to the brand with a 271bhp turbodiesel engine offering claims
of 47.9mpg fuel economy and 158g/km CO2 emissions.

Originally launched in 2013, the current
Quattroporte underwent a styling make-over in June this year. The curvy large saloon tops out with the Maserati’s current flagship, the £115,980, 523bhp GTS.

The car that made its public debut at the 2014 Geneva Motor Show looks like a rival to the F-Type and Porsche Cayman but could take on Tesla with an EV drivetrain, according to Maserati chief executive Sergio Marchionne.

Denton said: “From a sales perspective, historically, it’s been a bit of a struggle for our retailers to be profitable, particularly where Maserati and Ferrari were under one roof because the overheads were a factor.”

He added: “Our network is yet to benefit from the larger volumes we are now starting to achieve.”

Currently, 46% of Maserati sales are made through corporate channels and the brand is awaiting an influx of affordable used Ghibli models to kick-start an approved used operation.

Denton said: “Many of the cars have been sold on contract hire, so there will be an opportunity very soon for greater used proposition.

“We have tried to create a structure within contract hire and leasing and our finance house where we could channel cars back to our retail partners so they have the first chance to buy.

“We also tried to foster an early relationship with the purchaser so that when that car does come off contract the retailer is in a good position to bid to own it.”

Denton describes Maserati as an “easy-going manufacturer”, stating that they “don’t have the clout” to tell their retail partners what to do when it comes to the sale of add-ons such as insurance and warranties. Most offer their own solutions in the absence of manufacturer-branded products.

Catering for a more mainstream clientele

Convincing premium customers to walk into the showroom of a brand that has previously aligned itself with Italian supercar exotica is the biggest challenge Maserati faces.

Denton said a new model range starting at £49,165 – about the same as a BMW 535d M Sport – since the introduction of the Ghibli was backed up by affordable running costs (the Ghibli has a 12,000-mile/two-year service interval), and a customer experience that reflects the expectations of a more mainstream clientele.

He said: “Our joint Ferrari/Maserati sites are used to delivering a very premium experience. People ring up for a service and they might start checking the availability of their car transporter to see when they can go and pick it up.

“A Ghibli is likely to be a customer’s only car. They’ll expect to bring the car, get it serviced and drive away in a little over an hour. I’m not sure our network has adapted itself yet. It’s a cultural change, taking an excellent level of service and adapting that same level to the demands of our new customer.”

Service times of up to six hours for certain models have been cut to an hour and fifteen minutes, with an overnight parts shipping facility from the brand’s Modena headquarters and a prescribed stock of regularly turned parts in dealerships.

Maserati has also worked to offer customers affordability, with a three-year, three-service package available for about £1,200 and the option of spreading the cost of expensive consumables, such as brakes.

Stricter monitoring of its finance offers has also been prompted by increased competition in its sector over the past year. Slow sales in December, January and February – when just 182 vehicles were registered, with only 31 in February – were sparked by established brands’ stellar finance offers, according to Denton.

He said: “We found that the likes of BMW were sharpening their pencils on finance offers so much that people were having their heads turned long before they even considered Maserati. Now we’re sharpening our pencils too. Where we were perhaps checking our offer once a quarter, it’s now once a month.  I’m talking about the ability to shift from £469 a month to £399. That can really awaken customers to the possibility of owning a Maserati.”

Denton acknowledges that the line between exclusivity and affordability is a fine one: “I was walking through Belfast Airport the other day and there was an Audi A7 with a sticker on the side saying ‘£10,000 off’. Is that supporting the brand, does that reflect well on the product? I don’t think it does.”

Betting big on success in the SUV sector

October brings the most significant addition to the Maserati range since the Ghibli’s introduction in 2013.

It will increase Maserati’s number of owner-drivers, with vehicles bought on PCP and PCH deals, according to Denton.

“We are presented with a new challenge – getting people who might normally be interested in an Audi, BMW or Mercedes to pluck up the courage to visit a dealership that normally trades in £200,000 supercars” Peter Denton, Maserati  North Europe

Powered by the same 271bhp three-litre turbodiesel as the Ghibli, its shared mechanicals should see cost efficiencies included in a product plan that Maserati hopes will make it a 75,000-car brand, globally, by 2018. Its global sales are currently about 35,000 a year.

Turismo coupé and GranCabrio, to be followed by the more compact Alfieri – a small coupé that debuted in concept form at the 2014 Geneva Motor Show.

Denton said: “We’ll see high-performing, but smaller, engines and lighter, more compact chassis. We need to be aware of emissions and respond to that.”

Maserati wrote off £75m in costs when it decided to change the direction of the Levante’s development from an American-built SUV to an all-Italian project.

Denton believes the move was the right one, despite delaying the vehicle’s launch by a year, and said Maserati needs to get its product planning right first time: “We have to get things right at Maserati. We simply don’t have the resources to go back and redevelop and redevelop if we get things wrong.”

While chief executive Sergio Marchionne indicated last month that the Alfieri may come with an EV drivetrain, Denton said: “All our vehicles are developed with hybrid technology in mind, but I think the brand has yet to determine what the consumer really wants to that end.”

Making a name for Maserati

Maintaining the emotional draw, personal premium service and exclusivity of the brand while pioneering new levels of affordability, accessibility and reliability may weigh heavily on the 19 dealerships in the current network.

Denton expects retailers to double their staff headcount rather than compromise on service, but to drive the changes, growing sales and profits must be realised.

He also expects retailers to get out and spread the brand message. Asked whether Maserati’s drive for growth would see a more mainstream approach to marketing, Denton said: “There will be no TV ads. Our online offering is developing all the time, but we still operate on a very personal basis for the most part and we really have to put in the effort to make our marketing budget work for us.

“Taking our vehicles out to the places where they can be seen and our retailers can interact is one of our main priorities.”

Maserati is currently the title sponsor of the Tour de Yorkshire and the annual Eroica Britannia vintage cycling festival in Bakewell, Derbyshire, and also sponsors the global Maserati Polo Tour 2016.

“We’ll support them in creating a premium space that they can take into a retail environment or a public event.”

Denton added: “There is an onus on our retailer partners to perform, but that’s why we’ve been very careful to pick the right ones.”