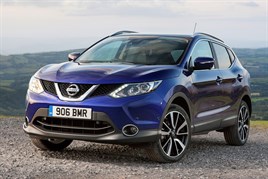 The corporate sales team at Nissan GB has reason to smile. It ended 2014 with a record total of passenger car registrations – more than 63,000 units, up 13.6% on the previous year. The all-new, second-generation Qashqai was key to that success, accounting for almost half of all fleet sales.

However, the team, led by corporate sales director Barry Beeston, isn’t resting on its laurels. Nissan’s total fleet registrations, including LCVs stood at 77,000 units for last year, so the target for 2015 is to pass 80,000. The brand’s 200 dealers, which include 61 dedicated business centres, are at the coalface and Beeston says they have a fundamental role to play.

From April, they will have a new weapon in their armoury. A web-based programme called i-Platform has been in development for the past 18 months and can be accessed via laptop or tablet in the showroom. It has five elements: i-Coaching, which offers the ability to deliver remote training; i-Achieve, a performance-monitoring tool; i-Prospect, for prospecting; i-Plan, a fleet planning tool; and i-Voice, which provides digital voice-recording. The latter will allow conversations, with customers’ permission, to be reviewed to ensure consistency and quality.

“This is completely new for us and we’re hoping it will lead to an increase in sales, better service levels for the customers and improved profitability,” said Beeston.

The programme ran as a three-month pilot project in a number of dealerships last year, and Beeston said reaction from staff was positive. He said they could see the benefits, while his team saw enough improvement in performance to invest in it. Nissan GB developed the technology based on an identified need, but there has been interest from European headquarters and other markets.

In the fleet passenger car sector, Nissan is the sixth-biggest player, behind the two established volume players, Ford and Vauxhall, and BMW, Audi and Volkswagen. Beeston believes that’s a remarkable statistic given the company has had no D-segment saloon/estate since the Primera was axed in 2006.

The recent arrival of the Pulsar will create new opportunities, though he admits it’s entering a segment where there are a number of long-established mainstream competitors and where the transaction price is very strong.

“Our success has not all been linked to the launch of new models, though. Over the course of last year, we made significant improvements to our customer experience by improving our network of business centres, expanding our fleet sales team and introducing an enhanced fleet website.” The website was improved following harsh criticism of the existing platform in an independent review.

Fleet aftersales at the dealership needs more focus, believes Beeston pointing out that corporate customers’ demands are different to those who buy retail cars.

“The fleet operator has bought a tool for the job, especially if it’s a commercial vehicle – if it’s off the road the operator can be losing money. We have to tune the dealership aftersales service to meet their needs. I’m not saying we don’t do it today, but it could be enhanced. When we survey our customers, one of the critical elements is aftersales service. Over 80% of them say in-life service is critical to repeat purchase.” 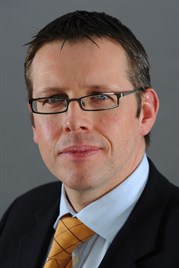 Beeston, pictured left, is also keen for Nissan “to shout more” about the corporate side of the business: “Dealers need to promote themselves locally and part of our job centrally is to give them the tools to do that – with marketing materials and the like – but there’s also a positioning job to do, which is for us.”

While he wants sales volume to grow, he confirmed there are no plans to expand the dealer network or the number of business centres, which have connecting territories, to give full UK coverage.

“They do local fleet sales with SME companies and fleets of up to 50, but national fleet with blue chip companies, leasing and rental companies is generated by my team and processed by a small number of super-fleet dealers. The infrastructure required for those sales means you need bespoke systems and significant resource.”