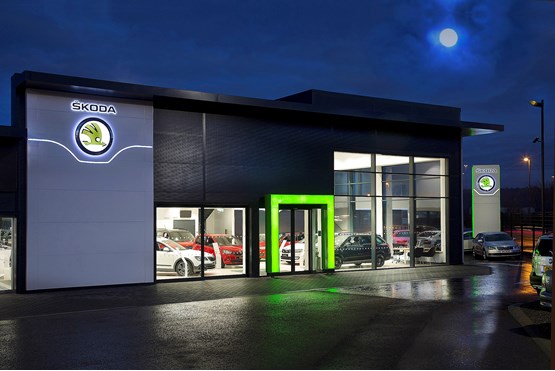 Anyone looking at Škoda’s registration figures over the past five years – they almost doubled from 40,000 in 2010 to 76,000 last year – could be forgiven for thinking everything is rosy within its dealer network.

Despite such encouraging growth, however, the manufacturer came last in the National Federation of Dealers Association (NFDA) Winter Dealer Attitude survey. 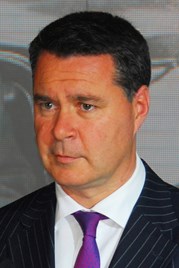 Alasdair Stewart, brand director at Škoda UK, summed up his reaction to the score in one word: disappointment.

However, he did offer an explanation for the score: “Only 40% of our retailers answered it and it was taken right at the beginning of this year. The reason I mention the time the survey was taken is because we had a really tough fourth quarter last year – we changed our offers a lot, but we just weren’t quick enough.

“This delay meant we got into a degree of complication, which, in turn, irritated a lot of our retailers.

“We didn’t achieve all targets in 2014, which had an impact on payment and bonus payments, and I think we’ve come through that now.

“Our retailers are still earning 1.4% return on sales. This time last year, they were over 2% return on sales – bigger amount of retail sales went through, and the margins were larger.

“The market as a whole got more competitive toward the end of the year (third and fourth quarter), which translates into lower margins, and higher tactical offers, or, if you’re not going to spend higher tacticals, lower volumes.

“This all leads, inevitably, to dissatisfaction, so we have made amendments to targets, and put bonus ladders in that allow them to earn money earlier in the process.”

"We got into a degree of complication, which, in turn, irritated a lot of our retailers”Alasdair Stewart, Škoda UK

Stewart is naturally more eager to concentrate on the positive results of Škoda’s five-year growth plan.

“Our network has grown with us as part of that process. They’ve had spectacular growth across the period, and we are continuing that success in 2015.”

He said the Czech manufacturer put £50million into the UK to support the plan.

“That investment was into marketing the brand, and our retail network, to ensure we got the right partners to join us, and also in the right places.” 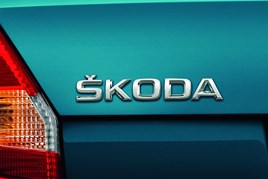 Stewart said this investment was intended to improve infrastructure rather than tactical growth, but it has grown on a tactical basis off the back of it, with market share increasing to 3% in 2014 from 1.5% in 2010.

Škoda’s retailers have also seen growth in their profitability during the process, but this year has proven harder for the network, said Stewart.

“This year has been a lot harder. Our guys are a little behind last year on the retail side, and as a brand, we are about level with this time last year.”

There has been successive car market growth in the past few years and it is now higher than the point it was at before the 2007/2008 economic crash. Stewart puts a lot of that growth down to manufacturers pushing up the market with higher targets that require a lot of self-registration.

“There is still a huge chunk of people who didn’t change their car during the scrappage period, so we are still waiting for those to come on, but it will reach a natural peak and I don’t think we are far off that as a market.

“This year, the market plans to be at 2.55 million new car sales. If you look at the end of every month, there is an awful lot of self-registering happening, and effectively that’s a lot of push retails a lot of manufacturers are doing to get their volume and market share up.

“That’s something we at Škoda don’t do. There are horror stories and we know there are brands that expect pre-registrations of hundreds and hundreds of cars. We are nowhere in that league. 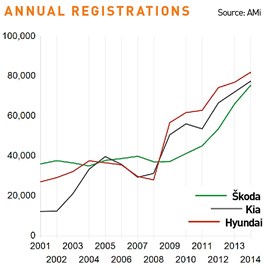 Kia and Hyundai have also rapidly
grown registration volumes (above),
but have not suffered the same fall
in dealer sentiment as Škoda (below) 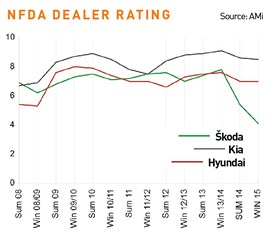 He said foreign manufacturers are looking at the UK and seeing the opportunity of a growing market and are giving more money to support that.

“You’re getting more and more incentives, but as that money comes in, the targets go up – an ‘If we are going to give you more money we want more volume’ attitude, which is understandable.

“On top of that, retailer’s expenses have gone up because of new showrooms, and the need for more people.”

“We have active discussions with our dealer council we put a certain amount of margin at the front that they can use for trade, and the other half on hitting targets and standards.

“As the market gets more competitive, retailers trade all that money in order to get the deal; we are trying to make sure that they are keeping a proportion of that margin to make sure they can cover their expenses. We try to reward things, like getting renewals. We are trying to push the orders and generate an order take (not just what you can sell),” Stewart said.

“Our volume year-on-year is about the same, but competitiveness of the market means our retail share is down, anyway. We need to make sure we are flexible and that we can react.”

How new models are financed has a lot to do with that ability to react.

“The Fabia came in earlier in the year and it generated a lot of interest. So, there was a good spike in interest and orders initially, but then you find that other competitors are coming into the market with stronger offers, so you have to be able to react to that.

“Even though you have a fantastic new car, you have to make sure you have a competitive position, so we can hit back with good offers. But those offers inevitably eroded our margins for our dealers and the cost has also gone up because our network are having to expand and invest to meet demand.”

Stewart said Škoda and its network are also excited about the Superb, which launched in July in saloon version and has an estate version coming this September. He predicted the model would sell about 80% fleet, but said its strong looks may shake things up in retail sales. The new Octavia VRS also comes later this year.

Škoda recently worked with Heart radio on a special promotional weekend where it gave away £500 worth of fuel with every car purchase. It also has some tactical advertising coming, to drive the footfall for its retailers.

Personal Contract Purchases (PCPs) have proven popular with the brand’s customers and are currently running at 75% PCPs in its retail sales.

“PCPs are a very good and effective way to retain customers and to conquest customers in to the brand,” said Stewart. Škoda’s customer retention rate is about 65%.

“This year has been a lot harder. Our guys are a little behind last year on the retail side”Alasdair Stewart, Škoda UK

“We try to sell all of those PCP contracts with our own brand service package to retain the customer and allows re-solicitation and gets the customer back through our doors on a regular basis, as well as allowing us to follow up in 2-3 years’ time to talk about getting them into a new car, and it’s not an overly discounting way of selling,” Stewart said.

He said having an in-house service history means they know the car has been looked after, which then ensures the highest possible residual values when the car comes back in, after the contract.

At the mid-year point, Škoda’s sales had swung to 55% fleet and 45% retail, from an equal split at the same point in 2014. With the Octavia and the Superb, it has strong focus on the true fleet side of that business, with a dedicated fleet team out knocking on company doors. It also talks to contract hire companies such as LeasePlan so that when they go see companies Škoda is being talked about, “so they’re actually doing the selling for us,” Stewart added.

Rental is too high-discount for Škoda, and it limits its participation in that channel of the market.

“Sometimes we have gone a little heavy on rental, which we are trying not to do – rental generates a used car, get too many of those and it causes a drop in the values. You need to make sure you’re not over-indexing on any of those channels,” Stewart said.

Škoda currently has 134 retailers in its network and it doesn’t have any substantial plans to expand at the moment. Stewart said: “Some of the guys that have been with us a long time don’t want to get into this big growth area so they may have sold on etc. Generally, we are working with the smaller regional groups like Progress Škoda, which has got scale across its areas in Bedford, Northampton, and Letchworth.”