Was this article useful?
4 people found this useful
6 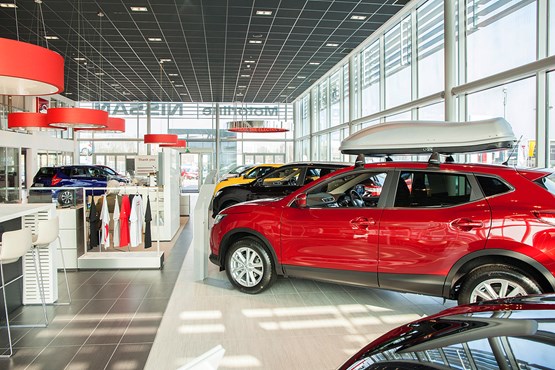 Nissan GB’s franchised network is in the early stages of rolling out a new showroom corporate identity, which the carmaker hopes will reflect modern consumer needs.

So far, 18 of the network’s 200 dealerships have adopted the new Nissan Retail Concept, said Dave Murfitt, Nissan GB director of network development and quality. Its aim is to put the customer in the centre of the dealership and to remove the traditional physical barriers, such as desks and PCs, for sales executives and service receptionists.

Murfitt showed AM around one of the first showrooms to conform to the new style, Motorline Nissan in Maidstone, Kent. The new car range is displayed around the central feature of a modern customer lounge and ‘refuel centre’, which offers  refreshments, and an iPad for children to play on.

>> View a gallery of images of Motorline Nissan in Maidstone

Among the cars on display, feature models such as the Leaf are highlighted by an LCD ‘halo’ that can convey tailored messages, such as finance promotions, and three wall-mounted screens run promotional videos.

Once the customer has been greeted by the showroom host, they can be met at the lounge by a sales executive or service adviser, as appropriate. Staff members are equipped with iPads, which allow sales executives to create a part-exchange appraisal or finance proposal. They can also be passed to the customer to configure their car. Customer details inputted into the iPads are seamlessly transferred to the dealer management system.

From the lounge, the customer can see through large windows into the workshop and into offices used for sales prospecting and administration, or view accessory displays.

Making the showroom more welcoming for the customer

“The concept is to make it more welcoming for the customer, to try to remove any confrontation that may have been perceived in the transaction, and to make it a more seamless and interactive experience,” said Murfitt. Staff have been coached to approach tasks from the customer’s perspective.

“Because customers are so much more knowledgeable when they come into the showroom and the number of showroom visitors has dropped dramatically, we’re reliant on one opportunity to create a good impression.” 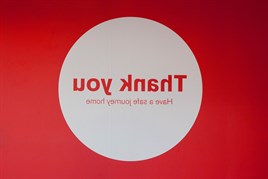 Another feature of the CI is a new car handover bay. This  is a private room integrated within the showroom, from where the customer will drive out in their new car, with a “Thank You” visible in their rear mirror.

Murfitt said: “It is important that there is an area in which a fully comprehensive handover can be done because the modern car is crammed with technology that must be fully explained before the customer drives away. The handover is a key moment for the dealer to mark in the buying process.” Handovers typically take an hour to 90 minutes.

The new CI was approved after a pilot scheme at Nissan’s manufacturer-owned West Way dealership in Oxford, which was based on research into consumer needs and expectations. It recorded an uplift in customer satisfaction and sales performance following implementation of the new showroom style.

Exit interviews provided further feedback, with the result that an initial plan to include electronic information boards beside each car was dropped, because the cost to the retailer outweighed the value put on them by the customer.

Nissan will continue to roll out the new CI to its UK network for the next three to four years, Murfitt said, with dealerships in larger cities the highest priority and those occupying recent developments a low priority. By spring 2016, 40 sites will be up to date.

He said the interior design of Nissan showrooms hadn’t changed dramatically in 10 years, so Nissan believed franchisees were ready to invest in the new environment and hoped none would walk away from the brand. To update small dealerships, the investment required is around £100,000, and up to £200,000 for larger sites, with financing support available. “Our competitors are not standing still,” he said.

'Motor retail is evolving, we need to evolve with it'

“Retail is changing and evolving, and we need to evolve with it. The investment is not unreasonable. We’d like to think we’re not employing features that add cost unnecessarily.”

Under its Planning For Growth programme, Nissan has been working with its franchisees for some time on identifying future showroom, staffing, aftersales and used car needs, as the brand has seen its new car market share rise in five years by 1.2 percentage points to 5.59% – selling almost 50,000 more cars last year than it did in 2010.

Average new car throughput per dealership is 500 units and the brand expects to growth further. “Our network of 200 dealerships is already optimal, so for us further sales growth will be driven through the existing number of outlets,” said Murfitt.

Tony Lewis, Nissan GB sales director, recently sent the network a video message in which he explained the emphasis in 2015 is on simplifying, enhancing and rewarding outstanding performance from the dealer network. He said the Nissan field team had been charged with focusing on actions that really count when it comes to improving performance and, more importantly, profitability for the network, such as discussing best practice and making marginal gains through little improvements.

One area in particular is renewals. “Retention and loyalty are key factors in driving perception of the brand, increasing sales and delivering increased customer satisfaction and I think it’s fair to say we’ve probably not been at the top of our game in this particular area,” Lewis said.

Nissan has worked with its finance partner, RCI, to better understand the opportunities in finance renewals, and RCI has adopted a new equity and parity tool which will identify when there is any parity in the finance that enables the dealer to approach the customer to change their car early.