AM Round Table: 'We need to lead our own businesses as dealers' 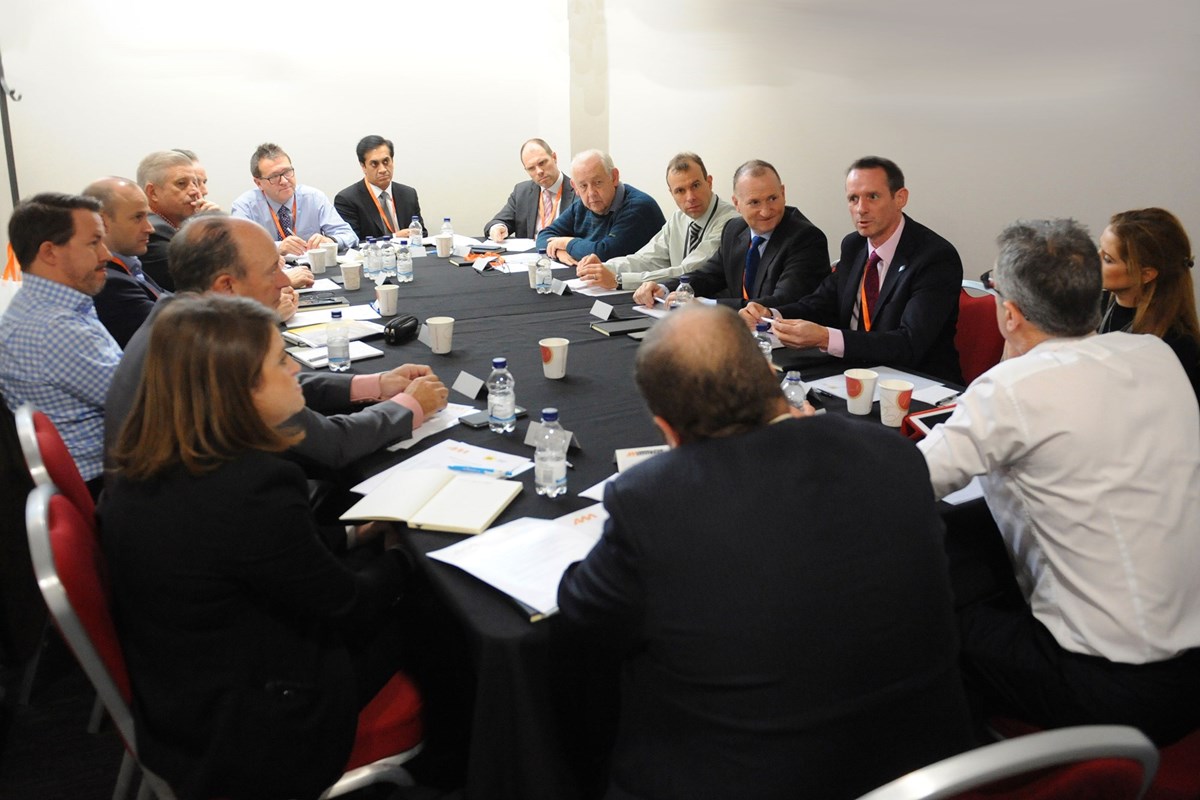 Dealers were feeling under pressure when they gathered for an AM Round Table discussion at Automotive Management Live.

The pressures for many at the November meeting included a need to win Q4 bonuses in order to ensure 2016’s trading remained profitable, seeing their margins eroded by tough competition, and trying to negotiate with manufacturers over 2017 targets. Used car margins were also being hurt by the level of stock being carried, including pre-registrations.

Many felt that although manufacturers were heavily into “micro-management” of their franchisees through standards and controls, carmakers were not supporting franchisees enough in attracting new talent and some of their actions were actually driving existing talent to leave.

Stephen Brighton, managing director of Hepworth Motor Group, warned that unless dealers make an average £1,000 margin per car then the franchised business model cannot stack up. The pressure to push sales volume is eroding margin and morale – salespeople are dealing with customers who expect the car to be almost given away and give poor CSI scores because the dealership fought to retain some profit, he said. Brighton believes staff do not leave because of money, they leave because of the hours, the Sundays spent working, and the stress caused by the demands placed on them.

Young people starting their careers are driven as much by the additional lifestyle benefits on offer as the money, suggested Marcus Joy, Humphries & Parks managing director.

“Our success is based on whether the manufacturer is kind enough with our targets. We need to lead our own businesses as dealers,” said Simon Bottomley, managing director of Thurlow Nunn.

Ray Sommerville, former Perrys chief executive and now a non-executive director of Now Vauxhall Group, said in the past dealers were pressured to register cars on the last two days of the month to reach their targets, but now that pressure is felt from the first days of the month. The problem stems from manufacturers making too many cars, and the national sales companies are unable to refuse them.

Most delegates agreed they must give more time and thought to the other aspects of the business, and not allow profitability to wholly depend upon new car sales.

Chris Harris, a director at The AA and former marketing and customer director at dealer group HR Owen, said dealers can choose to either sit there and take it or try different things focused around the customer.

“You know the customer, you can get the data around the customer and do exciting things with it. It’s the only option you have. But manufacturers will not help you to do that,” he said.

Sytner managing director Darren Edwards said: “Dealers are fixated on new cars. But there are so many other areas in our

businesses. Look at the size of the three-year car parc coming over the next three years – it’s massive, but we’re not geared up for that yet.”

Payroll and the National Living Wage are causing headaches for dealers.

In April, the National Living Wage for any worker aged 25+ will rise from £7.20 to £7.50 per hour. The increases create the possibility that a person in a low-skilled role such as a driver or valeter could be earning nearly as much as a service adviser.

Lucie Herman, a director of Humming Bird Motors, which operates Kia and Mitsubishi dealerships in north London, said she has had to recruit staff by offering higher salaries than some people who have worked for the company for years. In parts of London, there are technicians earning £50,000 salaries, and it is impossible for a small family business to compete for their talents.

Delegates had varied strategies for recruitment. Paul Barnett, managing director of Barnetts Motor Group, has held recruitment nights on Facebook, with evangelical staff talking about their work for the company. Gareth Copling of Sandown Group has made extensive use of LinkedIn to find prospective recruits for sales and administration posts.

Rather than poach people from elsewhere, AM100 group Sytner recruits most of its sales executives after A-levels or university and puts them through a nine-month training academy. Managing director Darren Edwards said its attrition rate is 5% – “if you train them properly they tend to stay”, he said. The group’s board believes it should “over-invest in people”, and Edwards conceded it was a cost Sytner could bear because of its more profitable premium and specialist franchises.

Edwards added that rather than expecting the industry to tackle recruitment and perception issues, dealer groups must do it themselves and make their businesses famous in the local community.

Harris said: “In my experience, if you only start to think about recruitment when you need someone, you have missed the boat. The way you think about your business, and how you promote it, is priming people to join you.”

Finding the right people is vital, because as Swansway director John Smyth described it: “You cannot train people to care.” Bottomley suggested that rather than rewarding staff based on the bottom line or satisfaction scores, dealers should reward them for demonstrating the right behaviours in business.