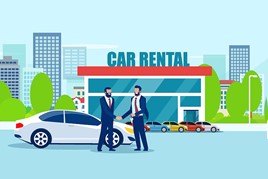 Automotive finance experts are not expecting personal contract hire (PCH) to break into the used car market any time soon.

PCH offers, which have seen rapid growth in  the new car market, would mean customers committing to never owning their used car at the end of the contract.

Both Alphera Financial Services and Close Brothers Motor Finance said they have been monitoring the used car market, but PCH is not currently being offered.

“Lenders have shied away from used car leasing because they would be taking on more residual value (RV) risk with PCH if they know the vehicle is coming back at the end of the term.

“There’s more of a remarketing challenge there, particularly on a used car that may be seven to eight years old at the end of a contract.”

Halil said there are digital solutions that can give lenders a clearer picture of future RVs to potentially introduce a used PCH product in the future, but it’s not something he predicts as the next big trend in used car finance.

However, he said disruptors may enter the UK market soon that will try to crack the car subscription market with used cars first.

Fair, a US based company that wants to become “Netflix for used cars”, plans to launch in the UK by 2020.

The Fair app gives customers access to dealers’ approved-used cars from their phone. The cars can be returned whenever the customer likes, as they are not locked in to a long-term finance deal.

The offer sits somewhere between a loan, a lease and a rental and Fair guarantees its monthly price can’t be beaten by a comparable rival finance offer or lease. 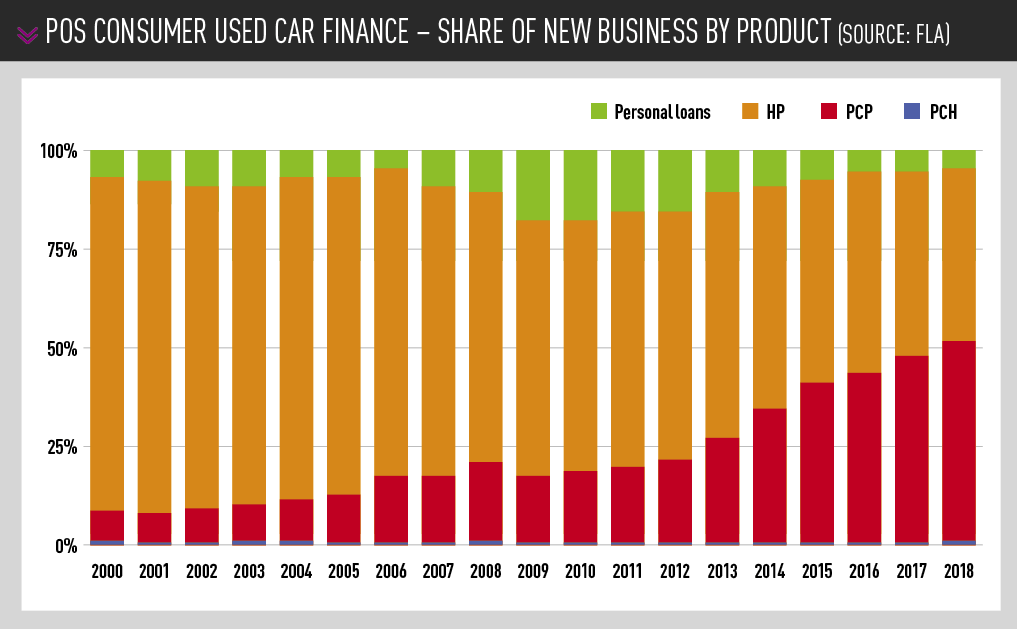 When asked if Fair could be a threat to Alphera and others in used car finance, Halil said there is potential for them to take market share.

However, he said collaboration and innovation would always be Alphera (and its parent company BMW’s) approach.

Halil said: “We’re looking at used car subscriptions as an idea to see how that might play in the UK. It’s likely it would only work on younger used cars.

“Collaborating and partnering up is much more important than being dismissive as an industry and hunkering down.”

The used car finance market is experiencing a period of stability spurred on by a particular focus on the market from both franchised and independent dealers.

Figures released by the Finance & Leasing Association (FLA) show that while new car finance fell 3% by value and 5% by volume in March compared with the same month in 2018, used car finance reported new business up 9% by value over the same period, while volumes grew by 4%.

Robin Luscombe, the managing director of Luscombe Motors, said there have been no wild shifts in used car finance at his business.

Luscombe said used car PCPs accounted for 33% of finance deals (versus HP) at Luscombe Motors in December 2017, there was a slight drop to 30% by August 2018, but by March this year it was back up to 34%.

He told AM: “Suzuki in particular is still affordable, so many customers opt for HP as the payments are still fairly low.

“If you’re looking at the more expensive models on Mitsubishi, some customers may opt for PCP as it will get that monthly payment down. We perhaps haven’t seen as dramatic a shift towards used car PCP as some dealers may have, where customers want to lower the monthly payment as much as possible.”

Seán Kemple, Close Brothers Motor Finance director for sales, said there is still room for growth with used car PCPs as many franchised dealers look to refocus their operations towards growing their own used car supermarkets.

He said: “It’s clear the largest dealer groups in the UK are focusing on used cars in a big way and there’s a significant opportunity there to support what they’re doing with finance.”

Almost 100% of Alphera’s business is in used cars, with nearly 75% PCP. Halil said the company is very focused on PCP, whereas others in the industry have more of a 50/50 split with HP.

He said manufacturers can also see the benefits of used car PCP as it can create an entry point to a brand. Customers can enter at a lower price point with the brand through a used car PCP offer and then transition further into the range.

Halil said the industry is focusing on both customer experience and compliance processes, and is introducing new technology and training to improve them.

“The more automation we can bring to the finance application process, the better. Customers are champing at the bit to get behind the wheel of their next car and they don’t want to sit through a finance process that lasts for an hour-and-a-half,” he said.

Kemple said there is also an appetite for customers to complete finance applications online, but it is still a small area of the market.

He said: “There is significant amounts of research happening online. The technology is available to complete online and there is a segment of customers that want this. But the vast majority still want to talk to a dealer and complete applications at the showroom.”

Halil agreed that those wanting to complete finance applications remotely are still a small part of the market, but said it was clear “this is the way the market is moving”.

“Just because it’s a small part of the market now, I don’t think industry predictions have got it wrong.

“As the customer demographic changes and younger customers enter the market, there will be more of an expectation for that car-buying process to feature more technology and self-service elements.”