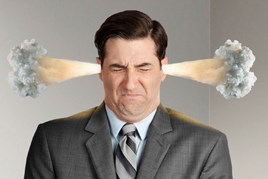 Complaints are difficult to avoid in business. Whether it’s reasonable or not, whether it’s a faulty product or a relationship that has broken down, they are inevitable.

What has changed is the introduction of new finance regulations and regulators such as the Financial Conduct Authority (FCA), which wants to see clear evidence of how dealers are recording and dealing with complaints.

The Consumer Rights Act 2015 has also brought a renewed focus on how complaints are dealt with, as dealers could be faced with a car being returned if a buyer finds a previously undiscovered fault within 30 days. The Act also gives dealers just one opportunity to fix the fault if the customer has owned the product for more than 30 days.

Dealers need to be confident that should an audit happen, they are ready with detailed evidence of all complaints coming into the business, with timestamps and detail on the complaint and how it was handled.

But what is a complaint in the eyes of the FCA? According to the FCA handbook, it is any oral or written expression of dissatisfaction, whether justified or not, from, or on behalf of, a person about the provision of, or failure to provide, a financial service or a redress determination.

Currently, dealers don’t have to report complaints that are resolved within 24 hours following the day they receive them. However, as of summer this year all regulatory complaints will need to be reported regardless of the 24-hour period.

What the FCA is looking for:

■ A low volume of complaints compared with the scale of business undertaken.

■ A high proportion of complaints closed within eight weeks. Dealerships have eight weeks in which to write to the customer setting out their ‘final response’ to a complaint, at which point they can regard the complaint as closed.

A dealer with no complaints may also raise an eyebrow from the FCA. A bit like when a customer looks at a restaurant review online and sees nothing but five-star ratings. For some dealers, complaint ratios are a touchy subject and it was difficult to get some retailers to speak out because, as one put it: “Admitting you get complaints makes you sound like you’re bad at what you do.”

He said: “My advice is to record every complaint. There has to be an exhaustive record with the detail of the complaint, the nature, who is responsible for the complaint and what was the customer outcome?

“If the FCA were to sit down with you and ask how you are treating customers fairly, a log of all your complaints in the last year and how they were dealt with can help with that.

“What dealers mustn’t do is confuse recordable with reportable. Only the complaints that fall within the jurisdiction of the financial ombudsman need to be reported to the FCA.”

Smith said: “A lot of dealers will have a template document for a complaint form that they’ve downloaded or bought, but quite often it’s blank and it has not been tailored to their business.”

In terms of how dealers should record complaints, that comes down to the individual dealer.

Smith said: “Some dealers have very sophisticated back-office systems that are incorporated into dealer management and customer relationship management systems.

“But it could just be a well set-up spreadsheet and that would still be fine. It doesn’t have to be complicated. What you don’t want is for the complaint to be on a Post-it note and then for that to be stuck on a file somewhere in a cabinet.”

Samantha Cripps, Alphera Financial Services head of sales development, believes there has been confusion around complaints management, but dealers are starting to take control.

She said: “The advice we’re giving to dealers is to have a robust complaints and record-keeping procedure in place.”

Cripps said dealers may want to look at employing someone at the dealership or assigning an existing member of staff to take on complaints management.

She said: “There has been huge regulatory landscape change and dealers should be looking at the personnel they have that can deal with complaints and perhaps seeing if there’s someone that should be taking on that role.

“Some dealers are looking at outsourcing for complaints and that’s an option, but personally I think it helps to take ownership of it.”

Cripps said large dealer groups are more likely to have a complaints department and sophisticated CRM systems, but smaller dealers should also look at training and software options to help them.

Dealerships also need to make sure there are good lines of communication between parts, aftersales and sales, as complaints can often spread between departments and they need to be talking to each other to find out what is going wrong in the process.

Having a robust system in place can help to avoid confusion and can help with picking out trends across a group as to what may be falling down in the sales process.

“In a lot of cases we found the dealer not having adequate evidence to defend against a complaint. Regulators are not interested in emotional responses, they want detailed, recorded evidence” Mark Tumblety, Peak Consultants

Graham Jones, Lawdata director of legal services, said there has been an increase in consumers’ challenges in light of the CRA 2015. However, he said it has only brought increased structure and focus from dealers looking to protect themselves in return.

He said: “In the first instance, dealers will want to resolve matters as quickly as they can, perhaps as a matter of goodwill towards the customer.

“When it gets more complicated beyond that, that’s when they need to seek legal advice from the earliest opportunity. It’s important to recognise that there’s eight weeks for a final response, so you’ve got that time to come up with a solution, it doesn’t mean you need to rush a final response before that eight-week deadline.”

Jones estimated a 20% increase in the amount of calls from dealers seeking legal advice since the introduction of the Consumer Rights Act last October.

He said: “In the instances where customers are demanding a lot, we can help to add a dose of reality.”

Jones said while dealers tend to prefer to solve problems on the phone, from a legal standpoint it is better to keep things in writing.

He said: “It’s a balance, because you want to keep things personable, but in writing there’s less chance for there to be any confusion by what anyone means and there’s a record of what has been agreed and said.”

At site level, each complaint is managed by the brand manager, general manager or aftersales manager and it is their responsibility to make sure the detail is correctly logged.

The central corporate team can then see an overview of all complaints coming into the business.

One way HR Owen stays on top of complaints even forming in the first place is making sure post-enquiry, post-sale and post-service surveys are sent out to customers.

Across the group, the company is seeing 58% satisfaction on post-enquiry and 80% on post-delivery.

Wright said: “Satisfaction tends to drop off with servicing because of it being a distress purchase.

“Occasionally there are extra costs that come up if something unexpected has gone wrong on a vehicle, particularly with the sort of products we sell, where replacement parts can be expensive.”

HR Owen, which sells about 2,500 high-value vehicles a year, had just 10 complaints that needed to be actioned with some kind of goodwill in the past 12 months.

Wright said: “I think it’s a testament to our processes that our complaints are so low.”

With those complaints, the HR Owen customer service team sat down and talked about the best solution for the customer.

Wright said: “In addition to recording all complaints that come in on the CRM, we also have the ability to go back through all recorded calls with customers to establish what has been said verbatim. You need to work with the facts.”

The group has not had to seek legal advice over the past 12 months for any of the complaints it has received, as a solution has always been found before it comes to that.

Graeme Potts, Eden Motor Group managing director, has set up the sales process to manage complaints in a controlled and easily auditable manner.

He said: “Each deal we do will have an electronic file attached to it and this is where all the relevant information for that deal goes. Every single transaction is overseen by a sales controller and we’ve beefed up the responsibility for that role and made sure there is a position in each of our 18 dealerships.”

■ Record-keeping has to be robust

■ Find the root cause of the complaint to show progress

Potts makes sure his contact details are clearly available on the dealer group’s website and customers are encouraged to contact him if they have a problem (it’s in the About Us section of his group’s website).

Eden also operates a policy across the group that all complaints need to be handled by a manager or at head office, rather than the sales executive that sold the vehicle. It’s a policy that is being widely adopted across the industry.

If the complaint has come in electronically, whether that’s email or through social media, it is added to the deal file at site level in order to ensure a good audit trail. Those that have come in over the phone or verbally are recorded into the deal file by a leadership support assistant.

Complaints that come through to head office at group level are filed into the system by Potts’s PA.

Potts said: “Sales executives will be in trouble if they try to take on complaints themselves.

“Occasionally, a salesperson will try to handle things themselves on the quiet, but we want to encourage a culture where the best thing they can do is hold their hands up, say they have made a mistake and we can then deal with it.

“It’s not going to be career-ending if they remain honest about what has happened. We can take what happened and learn from it.”

Mark Tumblety, Peak Consultants managing director, said the FCA is a principle-based regulator and as long as there is evidence to show dealers are taking a sensible approach, that will go a long way.

He said: “In a lot of cases we have found the dealer not having adequate evidence to defend against a complaint. Regulators are not interested in emotional responses, they want detailed, recorded evidence.”