Are SUVs the new MPVs? What will sell in the car market of 2030? 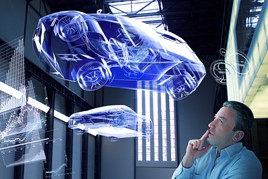 Whenever one sees an MPV trundle past, it is tempting to think of David Cameron’s famous barb aimed at Tony Blair – “You were the future, once.”

In the 1990s, MPVs certainly looked like the future. After the first wave of full-size models (actually American-sized, as the original Chrysler Voyager was the template), came the Renault Mégane Scénic, which brought MPVs to the family car segment, and appeared to make history. Twenty years on, MPVs mostly are history, which shows that the car industry has become a lot more unpredictable. Having digested that cautionary tale, let’s try and make some predictions which will have more longevity than the Renault Espace.

On one level, the rise of SUVs and crossovers has made a big difference to the complexion of the market. However, on a different level, the changes over the past 20 years are actually quite small.

The A segment has grown slightly, the B and C segments are broadly the same as they were, and only the mainstream D segment has collapsed, but a lot of that is due to the rise of premium alternatives.

Until autonomous vehicles appear (see below), the size of cars is determined by the same needs customers have had for many decades. It is striking that radical alternatives have generally failed. The Smart ForTwo does OK, but no

manufacturer has seen the need to introduce a rival. A Smart has to be the same width and the height as any conventional hatchback, and its loss of a couple of feet of length does not make it much easier to thread through traffic.

Even crossovers are not much of a radical departure – putting a different “top hat” on a Golf platform to create a Tiguan is only revolutionary in a marketing sense.

Autonomous vehicles (AVs) are the great talking point when pub conversations turn to cars. There is a lot of loose talk about AVs being on the road in 2021, but that generally refers to a small number of specially identified roads.

It is not hard to imagine AVs being allowed in certain areas of a city within five years, and city centre areas being reserved purely for AVs (or conventional cars in autonomous mode) within 10 years. The key is that AVs will only be used in defined “bounded” areas, where they can be strictly controlled and all the necessary

infrastructure can be installed. It is possible that, within 10 years, 15% of light vehicle sales could be self-driving pods – the ultimate MPV. However, an AV that can take you from, say, central London to a holiday cottage in Devon is going to take longer – perhaps not until the 2030s.

The biggest issue is the amount of testing that will have to be done for all manner of surprising anomalies. In one case last year, Volvo was perplexed to find that its AV was apparently oblivious to a kangaroo hopping across the road in front of it. It seems that the problem was in the hopping – with the kangaroo separate from the reference-point of the ground, the computer had trouble figuring out whether it was a marsupial right in front of it or a mastodon at 100 paces. That was one particular “edge case” that has now been corrected for, but the problem is no one knows how many other such cases are out there.

The other side of the coin is that humans do even more unpredictable things than computers: in early motorway tests of “platooning” – where trucks drive autonomously a couple of metres behind each other – drivers of passing cars started driving closer to the car in front. They were unconsciously processing the gaps between the trucks as the “normal” distance.

The broader question for the car market is whether an AV is really a car. Not from the point of who drives it, but of who owns it. There is a school of thought that says an AV has more in common with a large truck (or an aircraft) than a car – it is an expensive piece of capital equipment that needs to be used for many hours a day to pay back its costs. In addition, why would anyone want to own a pod? For most journeys, people want transportation, and a car is currently the most convenient solution. In the long term, a self-driving pod that could be summoned in a couple of minutes would be more convenient.

This could be seen as a threat to premium brands, but the reality may be more complex. Ian Robertson, the outgoing global head of sales at BMW, likes to point out that BMW managed to expand so quickly over the past 20 years partly because finance schemes such as PCPs made BMWs affordable for far more people. He thinks the same will happen for autonomous transport – if you are going to be picked up by a pod, wouldn’t you like one with a BMW logo?

Certainly, if mainstream transport needs are met by pods, cars that have a manual driving mode for the odd weekend blast along country roads are more likely to come from premium brands. A BMW or Jaguar with manual driving mode could be an attractive personal vehicle for the affluent. It is hard to see someone buying a Citroën C3 to scratch the occasional itch to go out for a drive.

The rise of the AV does not mean the end of the car as we know it. As Elon Musk pointed out, the arrival of the car did not mean the extinction of the horse – it just meant horse-riding became a leisure pursuit rather than a means of transport.

One may argue that SUVs are simply the next MPV and could suffer the same fate, but that seems unlikely. Once people have experienced a higher driving position, they rarely want to go back to a hatchback. Whereas MPVs traded height and practicality against an image of being “beige on wheels”, SUVs have both practicality and a better image – a win-win scenario. The only thing they lose out on is handling agility – and how many people miss that on today’s overcrowded, speed-camera-infested roads? In fact, most bodystyles beyond hatchbacks and SUVs/crossovers look like they are in trouble, at least for mainstream brands. Saloons have more or less been banished from the B segment (Fiesta-sized) and C segment (Astra-sized) – even the mighty VW cannot persuade us to buy Jettas. Mainstream brands themselves are being banished from larger segments – the non-premium D segment (Mondeo-sized) fell to just 2.7% market share in the first five months of 2018, and it seems to be heading towards near-extinction. Mainstream coupés are largely a thing of the past (the glorious Toyota GT86/Subaru BRZ notwithstanding), while non-premium cabrios have also largely disappeared – the dopey Vauxhall Cascada being the final nail in the coffin.

Of course, it is very different on the premium side of the road. While mainstream brands are ever more constrained, premium brands can sell almost any shape imaginable. Small saloon? That will be the Mercedes CLA. Large hatchback? The BMW 5 Series GT. MPV? BMW 2 Series. Equally, they can carry on selling convertibles of all sizes from the Mini to the E-Class. It seems people want to buy fashion items from fashion brands – so a Vauxhall convertible is really not going to cut it.

Overall, the most surprising statistic is that the market is now less fragmented in terms of body styles than it was in 2000 (see table). Then, the two most popular body styles accounted for 75.8% of the market, whereas today it is 85.9%. So much for buying a crossover to look different. However, it seems that most alternative body styles will continue – there will always be executive saloons, van-based MPVs and luxury coupés – but they show no sign of mounting a recovery any time soon.