‘Get the people with the right attitude into motor retail’ 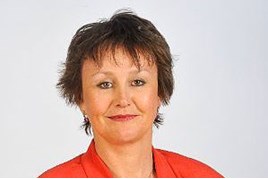 To ensure your business is not left behind, you  need to hire based on attitude and allow your staff the freedom to make mistakes, Gillian Wilmot told guests at the AM Executive Breakfast.

Wilmot is a mentor to chief executives and executive directors through her business, Board Mentoring, and advises ministers on infrastructure and investment projects seeking UK Government assistance in her role as a member of the Industrial Development Advisory Board. Wilmot launched the Next Directory and helped to drive change in businesses as varied as John Lewis, HSBC and PricewaterhouseCoopers.

Opening her presentation to the assembled car retailers at Simpsons in the Strand with a quote made famous by Mark Fields at Ford in 2006, Wilmot asserted:“Culture eats strategy for breakfast.”

She added that the first thing she notices when entering a new business is what she referred to as the “too difficult” folder: “When you go into organisations and have to deal with all the stuff that everyone else has deemed ‘too difficult’, what will make those things happen, help to turn the fortunes of the business, is really down to the attitude of the people around you.”

Wilmot said the best businesses are led by a structure that works hard to refine their recruitment and reward models, appointing new staff on attitude and then giving them the freedom to help drive the business in a positive direction.

“There are two types of people in this world, people who suck energy out and those who put energy in. We waste a lot of time on the energy sappers. We want to recruit on
attitude, for those who drive forwards,” she said.

A business’s reward structure is often closely aligned to how adaptable it is to changing market forces and how readily it will embrace change and innovate to succeed, according to Wilmot.

“We all get into this safe zone about how a market works and until someone pushes us out of that we never know any different until it’s too late. That’s the risk.

“You have to get the people with the right attitude into the business and get them to figure out the solution to the problem.”

Allowing employees the freedom to explore opportunities within the business, make suggestions and try new things without fear of failure is central not only to innovation, but also a happy, engaged workforce.

“Fear of making mistakes is a big stalling point. The mistake is nearly always recoverable. Don’t bet the franchise on it, but allow people to try something.”

A misalignment of remuneration can also create a workforce that lacks motivation.

Wilmot said she learned most “about people” during her time as marketing vice-president at Avon – which relies on a workforce of 150,000 independent contractors – and as chairman of Derbyshire Probation Trust.

She said Avon employs 90% carrot and 10% stick to drive results.

“The people that do recognition best are the volunteer sector,” said Wilmot.

“Generally, a huge focus tends to be put on the money, but much of the key to success in this area is ensuring that people feel recognised for what they do.

“This is why charts of who is top performer work really well. No one wants to be bottom.”