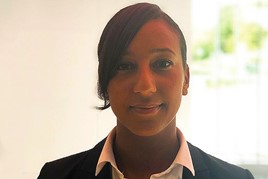 As the automotive industry continues to tackle decades of perception that being male and ‘mad about cars’ are the keys to career progression, two dealer group winners of awards in Autocar’s Great British Women in the Car Industry programme have sought to highlight the career choices it offers to everyone.

Zoe Lawson, Marshall Motor Group’s head of corporate sales, said she was proud to line up alongside “so many other women in senior positions” in the annual initiative, where she won the sales category.

Lawson said she hoped the event would encourage other young women to pursue a career in the male-dominated automotive sector.

She was nominated by Jon Head, Marshall’s commercial director, for the key role she played in establishing the AM100 group’s centralised corporate sales division, which was established just months before she joined from Pendragon in 2010.

“I was also promoted to my current role last year. I still manage the sales team that go out looking for that business and I love the job and the sector.”

Lawson rose through the automotive retail ranks after she joined Reg Vardy in a fleet administration role in 2003. She said she never found being a woman had created hurdles for her.

“Far from it. I always had a lot of support and it really was the faith of the managers that I worked for that allowed me to progress,” she said.

“I’d encourage any young woman to consider a career in automotive. It’s all too easy to look at the sector and dismiss it because you only see the sales executive and technician roles, but there is so much more available than that.”

Alongside Lawson, Charlotte Stevens, of Jardine Motors Group, who won the aftersales and workshop category, was another representative of the franchised retail sector to receive an award on the night.

Stevens, aftersales manager at the AM100 group’s McLaren Ascot dealership, told AM that while she fears a lack of acceptance of women in the automotive sector could still hamper the careers of those who find themselves with less supportive employers, she is confident of progressing. Having started her career in the airline industry, she has now worked in motor retail for 10 years.

“I previously found myself in another role where I didn’t feel I was wanted or valued because I was a woman. I raised a complaint at director level and I was basically told it was all in my head.

“That experience has left me worried about what I might face if I were to leave my current retail group, so I suppose it has limited my career in a sense, but the support I have here at Jardine is fantastic.

“Honestly, I feel the sky’s the limit in my current role and the only thing keeping me from progressing to a brand director level is a lot of hard work. That’s a great position to be in.”

She currently mentors a young woman within the business and said she may give her a little more support than the young men, but that’s because she knows it can be tough.

“I think it’s important that we acknowledge that and talk about it to ensure that others don’t feel they aren’t being heard in future,” she said.

Stevens and Lawson are now both advocates for automotive retailing. Lawson said: “If it serves to inspire the next generation of talent, the event will have been a huge success in my eyes.”

Stevens, who is participating in Jardine’s future leaders programme with an aim to become a general manager, has improved customer feedback at McLaren Ascot and developed best practice ideas which have been introduced by the carmaker.

Women in the automotive industry

Catalyst, a non-profit organisation, works with employers to develop workplaces that work for women. Its 2018 research shows the industry is still male-dominated.

A voluntary group for business leaders in motor retail and distribution, which aspires to put women into 30% of industry leadership posts by 2030.