As workplaces become increasingly more diverse, so automotive companies are having to go a step further to accommodate employees from a host of different cultures and backgrounds.

That means catering to staff of different ages, gender, races and faiths, as well as those with disabilities, writes Alex Wright.

Many firms have already made big strides in this area, but others still have some way to go to creating a truly inclusive working environment.

So what can dealers, manufacturers and suppliers do to make all of their employees feel included and what lessons can they learn from those that have successfully done it?
Inclusion starts with the recruitment process. It’s important that as wide a talent pool as possible is considered when hiring and that you look for candidates who will closely reflect your customer base, including women, who account for more than 50% of car buyers.

This article first appeared in the August Issue of AM's digital magazine - read it here for free.

Traditionally, few women have been recruited into dealerships because they are often unable to fulfil the long hours required due to childcare needs. But companies such as Chorley Group have been bucking the trend by offering more flexible terms to fit around staff schedules.

“Our digital team is 100% female,” said Chorley Group’s sales manager Adam Turner. “All work from home in shift patterns between 9am and 11pm, arranged around their childcare needs.”

Some companies actively try to hire people that reflect the demographic specific to the area where they are based. In the Midlands, for example, many dealers are located in the areas where there is a high concentration of ethnic minorities, a lot of whom work in the trade.

Many firms have also adapted their workplaces for people with disabilities, including technology to help them do their job better, and the installation of disabled toilets. Some have even had to put in female toilets in their workshops because when they were built there were only male technicians working there. They didn’t think they would ever have the need. 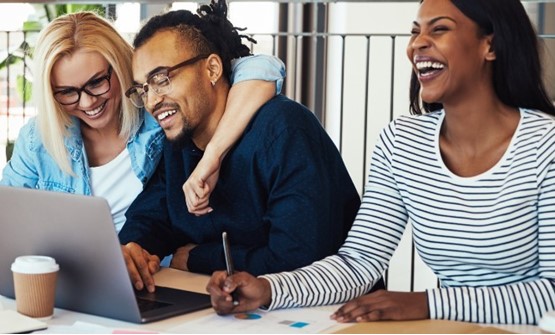 Some companies have also constructed designated prayer rooms, catering to staff who need to pray during working hours. Many are also becoming more sensitive about observing religious events and festivals.

There’s also the need to attract more millennials into the motor industry, meaning that companies are having to upgrade their technology, as well as adapting roles to match their digital skillsets.

However, dealers must also be wary of alienating their older workers, who bring a different set of skills and experience.

Jim Saker, director of Loughborough University’s centre for automotive management, said that inclusion starts from the top with the language and behaviour of directors and senior management, and it filters down through the organisation. The right training and education is also key, he said.

“Companies need to clamp down on anyone displaying signs of bias,” said Saker. “That needs to be led by the principal or general manager, who sets the tone for the rest of the organisation.”

As a baseline, companies first need to open up a two-way communication between management and staff.

They must also listen to their employees to understand what they can do to improve inclusivity and create a better working environment for everyone, and, most importantly, follow through on it.

Managers also need to spend time interacting with and getting to know their workers, according to Darren Bradford, director at Drayton Motors.
That includes being fully transparent about everything that’s going on in the business.

“Communication is key: do not hide vital business information, it’s a must that staff are aware of their success as well as the daily challenges the business faces,” said Bradford. “In most cases, they come to you with ideas that can sometimes make your job easier and resolve issues.”

With inclusion one of the defining factors in shaping workforces of the future, automotive companies, many of which have traditionally lagged behind, are going to have to evolve quickly or face being left behind. But the benefits that can be gained by successfully implementing it are enormous.

Steve Nash, chief executive of the Institute of the Motor Industry, added: “Inclusion means that employees become much more aware and engaged with their colleagues from different backgrounds. That, in turn, helps them to understand and cater to the needs of their customer base better.”