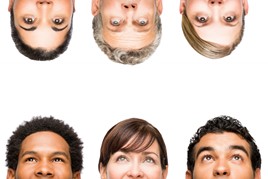 Once a darling of the industry, Audi is now a difficult franchise, dealers tell AM. A meeting between its directors and franchisees in the autumn became quite heated, as post-WLTP supply and profitability issues still haven’t been fully resolved. Dealers are still limited in what new cars they can sell, they have been pressured into taking packs of cars derogated from RDE compliance that require heavy discounting to be attractive, and
franchisees cannot continue working much longer for so little earnings when their fixed overheads are high.

Investors want action from Audi to restore what is now the lowest-rated VW Group franchise in the UK (franchise satisfaction 3.5 out of 10 in the latest NFDA Dealer Attitude Survey). Audi declined to comment, but some groups are voting with their feet – Inchcape has sold three of its seven Audi dealerships since 2018.

Zoopla and Lovefilm founder Alex
Chesterman will launch his used car retailing start-up by the end of 2019. Chesterman has spent the past 18 months raising more than £50 million in funding, recruiting more than 100 people – including experts and experienced motor retail executives – and developing the technology that will underpin its service. He also signed a long-term contract with BCA, for the remarketing and logistics group to prepare, image and store more than 6,000 cars for Cazoo. Chesterman sees used car retailing as “suboptimal” and “ripe for disruption” so Cazoo’s first year of trading will be keenly monitored by traditional dealers.

A Motor Vehicle Block Exemption Regulation evaluation is under way to determine the effectiveness of the rules and guidelines governing vehicle manufacturers’ new car and parts distribution and
aftersales competition across the European Union. The report is due by May 2021. Even when (or if) the UK does leave the EU, we can expect these Europe-wide
regulations to still affect our market where the national sales companies here report into regional headquarters within the EU.

With a merger on the cards between France’s PSA Group and Fiat Chrysler Automobiles, the new enlarged business will expect to gain synergies quickly to offset the costs involved in developing new, efficient powertrains and driver assistance technologies. With PSA’s turnaround man Carlos Tavares at its head, it expects to achieve annual savings of £3.2 billion (€3.7bn) without closing any assembly plants.

Both PSA and FCA are convinced there is compelling logic for merging into a single business with the scale, capabilities and resources to capture successfully the opportunities and manage effectively the challenges of the new era in mobility.

The implications of bringing Peugeot, Citroen, DS, Vauxhall/Opel, Fiat, Chrysler, Jeep, Alfa Romeo, Abarth, Ram, Lancia, Ferrari and Maserati within one group won’t be immediately discernible for UK dealer networks in 2020. However, next-generation cars and vans will have common platforms and technology, akin to Volkswagen Group’s strategy, and, in the long term, it is possible some group brands will be even more marginalised in the UK.

The FCA’s interest in motor finance and general insurance shows little sign of abating. Depending on the results of its motor finance consultation, which ends on January 15, its proposals to ban ‘discretionary commission models’ and change the CONC rulebook to clarify commission disclosure requirements will be in place in Q3 2020.

In Q4 2020, it will begin ‘supervisory work’ of a sample of motor finance houses and retailers. It has already begun its formal investigation into top 5 AM100 dealer group Lookers over “control issues in the sales process”. These concerned a particular division of Lookers, AM understands, however the regulator is examining compliance practices across the entire retail group in its fact-finding phase. Lookers declined to comment on the specifics.

The FCA’s current attention on the general insurance sector will lead to a report and consultation in Q1 2020 on measures to improve the governance, control and oversight of their pricing. It wants insurance firms to put fair value and treatment of customers at the centre of their pricing practices. The FCA said it dislikes practices that make it difficult for consumers to make informed decisions on insurance products, and which profit strongly from consumers who renew without shopping around and who are charged more than new customers who get discounts.

Growth at its US-based parent is offsetting a slowdown at Group 1’s UK operation, which still accounts for almost a fifth of its global revenue. But the group is seeking to strengthen the business, which spans the south-east of England and into East Anglia, by consolidating near-premium and premium brand networks.

It bought five Volkswagen car and van businesses this year, and will hope to bring these up to speed in 2020 as and when political stability returns. It has also just opened a flagship five-storey Beadles Jaguar Land Rover site in north-west London, filling an open point for the JLR network. It takes its JLR representation to four dealerships, and Group 1 expects the new site’s annual revenues alone to be about £65 million.

The Manchester-based group has been steadily climbing up the AM100 through acquisitions and is now the UK’s second largest motor retailer. But 2020 will be a critical period for the business. After two profit warnings within four months, Lookers’ board decided that chief operating officer Nigel McMinn and chief executive Andy Bruce were not stemming the losses fast enough and asked them to walk away.

The departure of long-serving Bruce in particular has shocked many industry observers, who have regarded him as an inspirational leader. In his 17 years on the Lookers board, he had grown along with the business and was ideally skilled and experienced enough to steer it through the changes looming for franchised networks. The board had valued him so highly they raised his salary in 2019 to £450,000 from £368,000 after identifying he was positioned significantly below the market levels of CEO pay for comparable businesses.

Chairman Phil White now takes a temporary executive chairman role while a new CEO is sought, but Lookers’ leadership turmoil comes at an already difficult period for its 8,000 workers.

Since announcing a H1 2019 27.5% drop in underlying profit before tax, it has increased its consolidation. It closed five of its 170 franchised dealerships in H1 2019, and a further 15 will close, 13 before the year-end.

The FCA has also begun picking apart Lookers’ F&I sales and compliance processes used between January 2016 and June 2019. The outcome of this investigation will become known in 2020, but Lookers has been in regular communication with the
FCA and has already committed to voluntary changes.

Almost 12 months since Pendragon announced that its long-serving chief executive Trevor Finn would retire, the nationwide dealer group is still seeking a permanent replacement for the post who can steer the business through the next decade. Former Jardine Motors boss Mark Herbert’s appointment in April was cut short, seemingly losing the support of Pendragon’s board three months into the role after he issued a profit warning and planned “a refocus of strategy and execution in Car Store”, its used car supermarkets division that launched in 2016.

Since then, chief operating officer Martin Casha and chief financial officer Mark Willis have led the business on a day-to-day basis, reporting to chairman Chris Chambers. Despite Herbert’s exit, Pendragon has since reviewed the Car Store network and has closed 22 of the 32 sites to stem group losses, with more than 600 jobs cut.

The brand has been ascending strongly off the back of desirable products and a clear positioning around safety and environmental credentials. Its Vision 2020 aim was for no one to be killed or seriously injured in a new Volvo car after 2020. Now that it has completed its range revolution, which began with XC90 in 2015, and its dealers have geared up for higher volume with VRE showrooms, the pressure is on to sustain that momentum. It is rolling out plug-in hybrid variants of its models already, becoming the first brand to offer PHEV in every model line, but in 2020 Volvo dealers gain their first pure electric car, the XC40 Recharge, capable of covering almost 250 miles on a full charge. Volvo will follow that with the introduction of a full electric model every year until 2025.