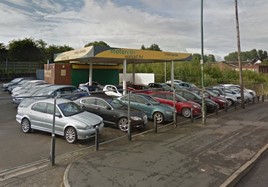 Seven vehicles were stolen along with the keys and log books for a further 50 vehicles in a raid on the Motorcity independent used car dealership in Walsall.

The Express and Star newspaper has been attempting to assist the operation’s owners in relocating the missing documentation as they battle to overcome the effects of the raid on their business.

Four of the seven stolen vehicles from the Walsall Road dealership have now been returned, along with the missing keys, but four vehicles, worth a total of £37,000 have yet to be recovered.

The newspaper said that police remain on the lookout for a blue Ford Transit with registration plate BL15 TYS, a blue Mini Cooper with plate FV13 2ZG and black Astra GTC with plate FV62 DHY.

Motorcity director Martin Brady told the Express and Star that the business remained open as usual, but added: “We were extremely fortunate for the good work of police in getting the keys back – we could have been left bankrupt without them.”

Brady said that he and his team were now faced with the task of contacting individual car manufacturers in an attempt to get the service records and the identity of previous owners, although the recent introduction of GDPR data protection rules is likely to make such a process difficult.

Raiders targeted Motorcity shortly after midnight on Monday (July 16), accessing the building via its office and leaving with all seven stolen vehicles in the space of six hours.

Brady praised the West Midlands Police force, describing their efforts to track the cars and those responsible for the crime as “terrific”.