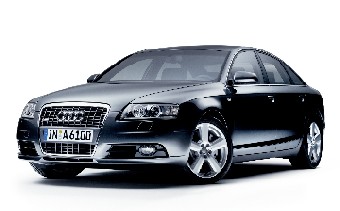 The new Audi A6 saloon, which Audi says is “the most driver-focused version to date”, will be arriving in the UK this month.

Drivers of S line models also have the option to add S line exterior features for an extra £1,100 (or £875 for 4.2 quattro models). These include a more sporting design for the front bumper, which also gains automatic headlamp washers, an S line front grille design inset with an S line emblem and a special rear bumper treatment incorporating a body-coloured lower diffuser.

Three new V6 engines are also part of the new S line model, all of which will be available in conjunction with the S line specification. A 175bhp 2.4 petrol kicks off the range, followed by a 254bhp 3.2 petrol with FSI direct petrol injection and a 3.0 TDI V6 with 222bhp. A compact V8 petrol unit with 332bhp powers range flagships. Waiting in the wings for both SE and S line models are a 138bhp 2.0 TDI, available from September, and a 177PS 2.7 TDI, due in December.