Was this article useful?
Click the thumbs up >
Mazda’s RX-8 sales have exceeded 12,700 units since its launch with 170 sold last month.

With the help of the RX-8, Mazda holds a majority share of the non-premium sports car at 21%. 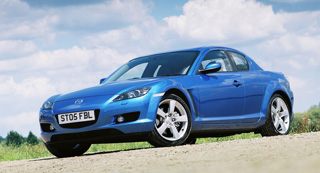 Meanwhile the MX-5 remains steady at just over 500 units for April and 1,800 so far this year.