Was this article useful?
Click the thumbs up >
The Lexus GS 450h will make its European debut at the Frankfurt Motor Show on September 13.

The GS 450h is the second Lexus production model to feature hybrid drive technology, following the launch of the RX 400h premium SUV earlier this year. 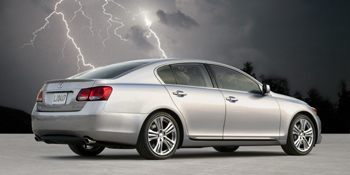 It has an engine that combines a 3.5-litre V6 petrol engine with a high-output electric motor for a maximum power output of 300bhp, which moves the car from 0-62mph in less than six seconds.

A new generation SC 430 coupe-cabriolet will also be unveiled at the Lexus stand in Frankfurt, remodelled for 2006.

The revisions include styling and interior changes, as well as higher specification levels.

The new generation IS will be featured at Frankfurt, ahead of the car’s launch at the end of the year. It will have the distinction of being the first Lexus to feature a diesel engine, a four-cylinder common rail unit producing 175bhp. 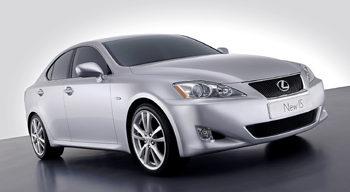 The new IS will also be equipped with a package of safety systems, including 10 airbags and will be fitted with a twin-chamber front passenger airbag, enabling greater protection to the neck and shoulders in an impact. Adaptive Cruise Control (ACC) with pre-crash safety will also be available. 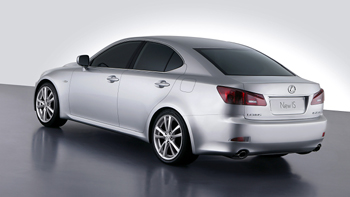 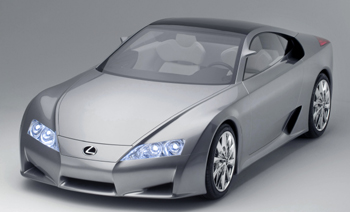 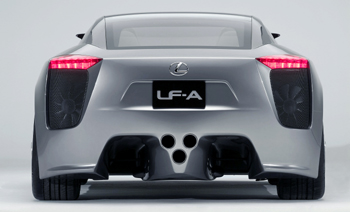 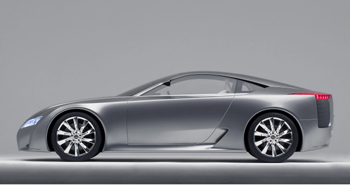