The Chinese are coming...but when exactly?

Was this article useful?
Click the thumbs up >
Sales of new cars in China are growing at a fearsome pace. In the next 18 months they are expected to exceed 5m units – more than Japan.

Fast forward a further five years and the rapid rate of growth is expected to take the market past the 16 million of the US, making China the world’s biggest car market.

In the context of the car industry this is unprecedented growth. It took the US the best part of 100 years to get to this level of new car sales; China will have taken around a third of that time.

Not surprisingly with these predictions in mind, western eyes are turning to imports, wondering when Chinese cars will start rolling into Europe and the UK. 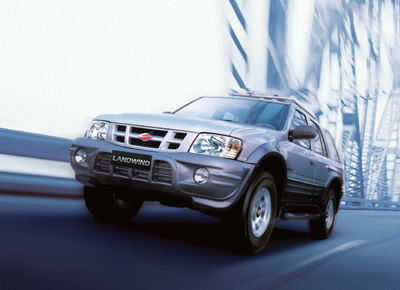 There are plenty of signs that the Chinese are coming. Apart from the well-documented battle between Shanghai Automotive (SAIC) and Nanjing to buy the remains of MG Rover, at last year’s Frankfurt motor show, Jiangling Motor Company (JMC) became the first Chinese carmaker to market a model in Europe – the Landwind 4x4. It was joined in exhibiting by Geely, which described Europe and the US as “our dream markets”.

Also in attendance was the Chinese Chamber of Commerce for Export, emphasising the Government’s view that automotive is a priority industry to boost its international competitiveness. Lower-level intelligence lurked in the pages of the table plan at last November’s SMMT annual dinner where Nanjing executives took four places on the Xpart table.

Despite this activity, the wave of new entrants is still quite a few years away yet, according to experts like Paul Nieuwenhuis of Cardiff Business School.

“All the Chinese car companies are interested in exporting, but there is a big danger that they underestimate the challenges and I think in the next five years or so we won’t see much happening. However in 20 years’ time it’ll be a completely different matter,” he says.

Nieuwenhuis makes a key distinction between the opportunities in western and eastern Europe. “Their cars are not yet ready for western markets. And they face a practical problem that most factory workers don’t drive and have no idea of the quality required by the west. Korea had a similar problem until the nation started to get motorised.”

As a result Nieuwenhuis believes the Chinese will only be able to compete in markets where a low level of perceived quality is offset by absolutely bargain-basement prices. For him, that means eastern Europe. “A quality brand secondhand car will be much more appealing for western motorists,” he adds.

Colin Couchman, UK market analyst for Global Insight, forecasts between 3,000 and 5,000 Chinese sales across all of Europe by around 2008, rising to 10,000 by 2010 when the two most advanced of China’s privately-owned companies, Chery and Geely, are expected to have just entered the market.

They will then have to decide how to build sales. The most recent example is the mid-90s launch of Daewoo. In 1995 it launched the Nexia and Espero, using obsolete GM technology, and managed 13,000 sales in the UK, which more than doubled to 34,000, five years later. But the high speed of expansion bankrupted the company – it’s a lesson the Chinese are well advised to learn from.

Unlike Daewoo, which opened its own outlets, Chinese entrants are likely to appoint franchised dealers via country-specific distributors. There’s no shortage of interest – a survey on am-online found that, of 900 dealers who responded, 55% would consider taking on a franchise from a Chinese carmaker.

IM Group is talking to “all the top names” with a view to becoming a European/ UK distributor. “We’re talking to more than one company, and although we’ve not signed a contract, the chances could be very, very good,” says a spokesman.

Dutton Forshaw managing director Maurice Rourke also states his interest in adopting a Chinese carmaker franchise, but only as a retailer, not distributor.

Rourke, whose extensive experience includes the launch of ChryslerJeep in the 1990s, reckons the only route to success is to appoint distributors for each country, not the plan chosen by Landwind, whose Belgian distributor LWMC will deal with the whole European market.

“You have to have strong marketing in each country from people who understand that country’s market and know the best dealers. It may be more expensive, but for the first five to 10 years it’s the only way to build successfully,” he says.

Northampton-based Perrys is also interested in Chinese-brand franchises. “It’s going to take time, but when the Chinese come to the UK, they will really make an impact,” says managing director Ray Sommerville. “We’ll take a look at any good franchising opportunity.”

Landwind’s importer JMC believes that companies like Chery (which intends to launch into the US next year) and Geely are watching its progress very closely, hoping to learn from its experiences. It’s had an inauspicious start. German motorist association ADAC crash tested the Landwind 4x4 and it crumpled badly, which has at least raised awareness of the Chinese newcomer.

“We’ve asked for details of the test, but they’re not forthcoming,” says Ron Zwann, general manager for Antwerp-based LWMC. “As far as the authorities are concerned Landwind complies with EU laws.”

More positively, LWMC has made progress setting up a European dealer network. It’s recruiting around 22 Dutch dealers and 100 in Germany, with targets of 40 in Spain and 80 in France. But the UK will have to wait because the Landwind won’t be built in right-hand drive until 2007 at the earliest.

LWMC is weighing up whether to attend July’s London motor show, a move that might encourage the “five to six British dealers” Zwann says are “seriously potential candidates” for UK showrooms.

“Europe is a hard market to choose to attack,” says Couchman. “It is very competitive and what is their advantage? Many of the raw materials are very expensive or not available in China and the cost of transportation is high.”

Transport links are one of the reasons for Japanese transplants in Europe. Because the factories are closer to customers, vehicle specifications can be configured much closer to delivery. Cars shipped from Asia, on the other hand, have to be ordered in a limited number of trim variations, so Chinese carmakers will be limited to the areas they can compete in.

One of the key areas where they will have to break through is technology and expertise.

According to Neil Ridley, managing director of Arup Vehicle Design, which advises MG Rover bid-winner Nanjing, the biggest technical hurdle will be acquiring the skills and knowledge needed to create marketable cars. In terms of plastics technology and interior design they’re about where the Japanese were 25 years ago.

“There are plenty of very clever people in China, but they don’t understand the basics of creating a car, like structures, materials, spot welds or how to design safe bodies,” he says.

However, Ridley believes the Chinese will learn fast, achieving in 10 years what it took the Koreans 20.

The industry is watching for any structural change in Chinese laws, which currently encourage two types of carmakers – private and state-run. The latter are mostly joint ventures with western companies who are barred from owning 100% of their businesses. Because of that, they are unlikely to use the Chinese ventures to supply western markets, because half the revenue will go to their partner.

“If that law changes I think you might see Volkswagen, GM or whoever start supplying their cheap models from China, rather than South America or elsewhere in Asia,” says Nieuwenhuis.

If that starts to happen, China will have arrived on the global production map. It might be 20 years away, but it’s safe to assume China will be building slowly in the 10 years towards that goal.

Tata has already broken the mould, selling its Safari 4x4 through MG Rover dealers and getting its Indica supermini re-badged as the CityRover. For the time being, though, those arrangements are dead.

Unless it can find another partner, Tata will have to go it alone in Europe. It is planning a joint venture with Fiat, which the Italian carmaker stresses is “confined to the Indian market only”.

One of the projects under consideration is a jointly-developed small car, which could be sold with both Fiat and Tata badges, although no deal has yet been signed. This car could replace the Indica and Fiat’s slow-selling Palio in India. With European-standard engines and a higher-level of engineering, the new Indica could be destined for Europe, but is at least three to five years away from UK import. For its part, Fiat stresses it won’t be “a Trojan horse for Indian carmakers coming to Europe”.

In India, Tata is concentrating on a new £3,000 car to motorise the masses in India, although this is unlikely to be exported to Europe. Otherwise, most experts reckon Mahindra is the most likely carmaker to export, but a date is elusive.

Inchcape has an office in Shanghai and is pursuing export business from China, but isn’t expecting a UK breakthrough just yet.

Group development director Dale Butcher expects a player like SAIC to make an impact in Europe around 2007/8. And he agrees that it will take the Chinese less time than the Japanese or Koreans to make a sales impact. “We’re interested in distributorships with or without retailing opportunities, but mainly for the division one, government-backed groups like FAW and SAIC,” he says.

#AM_ART_SPLIT# Those Chinese carmakers in full

Once touted as a partner for MG Rover, until a political scandal scuppered the deal. Instead opted for a joint venture with BMW. Old 3-series and new 5-series in production. Zhonghua is Brilliance’s own, Mondeo-sized four-door, styled by Italdesign.

China’s most successful private carmaker, although still outside the Top 10. This year it fended-off a legal challenge from GM over design rights to its best-seller, the QQ, a dead-ringer for the Chevrolet Spark (Matiz).

One of China’s ambitious privately-owned companies, making a range of small hatchbacks and saloons. One of the brands most-likely to hit Europe in the next three to five years. Understood to be in talks with UK dealer groups.

Another privately-owned company. Models include the Lobo, a £3,500 hatchback designed by Pininfarina and with chassis-tuning by Lotus. Powered by a 45bhp 1.0-litre four. Interior quality below par for Europe. Officially no export plans.

Owned by Jiangxi provincial government. Has two joint ventures – with Ford to build the Transit and Isuzu to build trucks. The latter has led to the Landwind, a copy of the Isuzu Rodeo 4x4, now marketing in mainland Europe. Has a 2.4-litre Mitsubishi petrol engine and 2.8-litre Isuzu diesel.

Part of FAW, Hongki was the maker of official limos for the ruling Communist class, although other brands have taken that role in recent years. At Shanghai Show in May, it showed a new Red Flag, inspired by the Rolls-Royce Phantom II. Slated for production in 2008.

Also owned by China’s central government. SAIC is better-known in the UK as failed partner of MG Rover. At home has joint ventures with GM and VW. Also owns SsangYong of Korea. Privatisation plans centre on a Hong Kong stock market listing in 2006/7.