Was this article useful?
Click the thumbs up >
A new plastic car, called MyCar, will go on sale next year in Europe for £4,500. 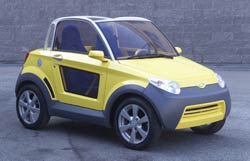 It is being built to rival DaimlerChrysler’s unsuccessful Smart car and costs two-thirds of the price.

Innovech International, based in Hong Kong, will put the MyCar into production by the end of the year and hopes to produce between 1,000 and 2,000 cars in Europe during the first year of sales.

The single cylinder two-speed (plus reverse) petrol engine comes in sizes from 50cc to 250cc, with a top speed of 53mph. An electric powered version is also being developed.

The car is built with lightweight plastic panels and is so small, it can be parked head on into spaces.

AM-online will wait with anticipation to see how it scores in safety tests, before its European roll-out.

Innovech plans to start production towards the end of the year and hopes to sell between 1,000 and 2,000 cars in Europe in the first year. 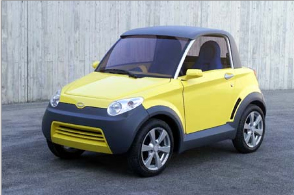 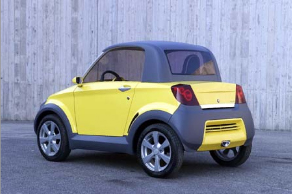