Was this article useful?
Click the thumbs up >
Citroen’s dancing and ice-skating C4 model will actually be doing it in person with a team of dancers at this month’s MPH 06 show.

However, the French manufacturer has not revealed how it will be done (the Gorillaz on MTV are a good example of what’s possible).

The event will also provide UK customers the first chance to get close to the new C4 Picasso, which will be on display at the show.

Hosted by Jeremy Clarkson and James May, the £1million automotive event will take place from October 26-29 at the NEC Birmingham and November 2-5 at Earls Court, London.

MPH 06 visitors will also get the chance to win a new C4 at a competition on the Citroën stand.

In a weird twist for the show, anyone sharing the names of show hosts James May and Jeremy Clarkson will get in free to the show. All they have to do is show their passport on arrival. 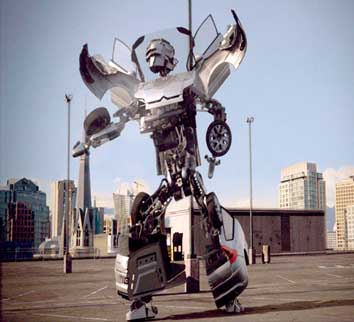