Was this article useful?
Click the thumbs up >
Mitsubishi will preview its new global platform with its Lancer sports saloon at the Detroit Motor Show next year.

Designed at Mitsubishi Motors studios in Europe and Japan, the new Lancer shares its design with the 2005 Concept-X and Concept-Sportback show cars.

The new car will be launched progressively in spring 2007, starting in North America and then Europe. European markets will get an entry model 1.5 litre 108bhp engine, 2.0-litre turbo petrol variant and a new Lancer Evolution model.

The new Lancer is part of Mitsubishi’s ‘Project Global’, which will support the launch of its new models over the next few years.

Project Global will also enable the introduction of the ‘World Engine’ family of engines. Co-engineered with DaimlerChrysler and Hyundai, the engines will be modified by Mitsubishi for individual market and model use. 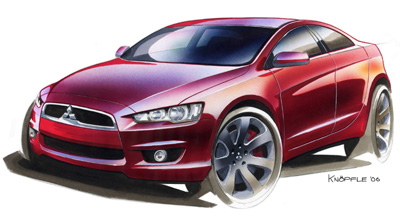 A sketch of the new Lancer. Official pictures will be available nearer the Detroit Motor show in January.

The pictures below have cropped up on the internet. It is unclear if they are the real deal or clever Photoshopped fakes. Either way, they look convincing examples of the sketch above. 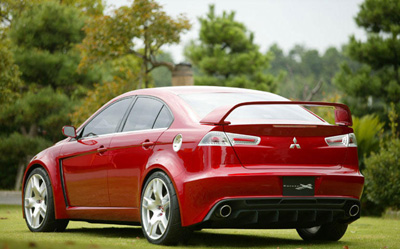 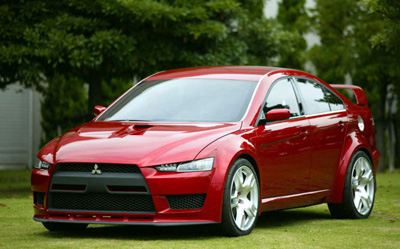