Was this article useful?
Click the thumbs up >
Inchcape is moving Lexus into its own showroom at Pride Park in Derby.

The franchise was previously housed in the group’s Toyota dealership on Sir Frank Whittle Way. It is set to relocate on December 9 and will officially open on December 18.

Lexus will then have its own dealership at Pride Park where it will be located alongside TC Harrison Ford, Kia Motors, Hunter’s Land Rover, Mercedes-Benz of Derby, Seat, VW Parkway and Derby Audi.

“We chose the site at Pride Park because it is one of the most prominent, up and coming retail locations in Derby,” explains Kelson Campbell, general manager at the new dealership.

“This is a brand new territory for Lexus and the growth of the franchise in recent years means its an ideal opportunity for us to enter the Derby market. I’m really looking forward to working there.”

The new showroom took six months to build and incorporates all the latest corporate identity standards for Lexus. Up to eight new cars can be displayed and there is room for 90 used cars outside. There are also 12 workshop bays, including an MoT bay, which Lexus will share with Inchape’s Toyota dealership on the same site. 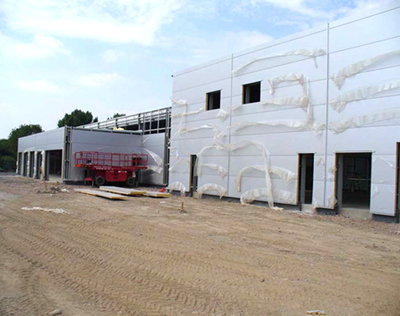 The Pride Park site will officially open on December 18