The new V6 engine is matched to the same five-speed automatic transmission as the previous RX 300. However, Lexus has adopted a new ‘shift control logic’ which means drivers can select S mode which activates a manual five-speed sequential shift system.

The permanent four-wheel drive RX 350 has an electronically limited top speed of 124mph. On the combined cycle, the new RX 350 achieves 25.2mpg. The car can be powered from 0-62mph in 7.8 seconds.

Specifications have been unchanged from the RX 300, apart from a new Lexus multimedia and navigation pack and, Lexus parking assist monitor and rear passenger DVD screens in the SE-L trim. 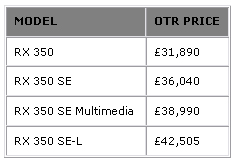 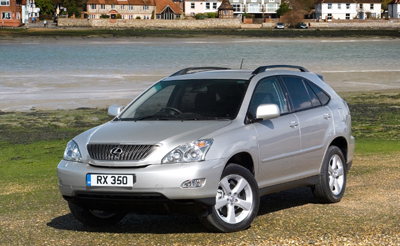 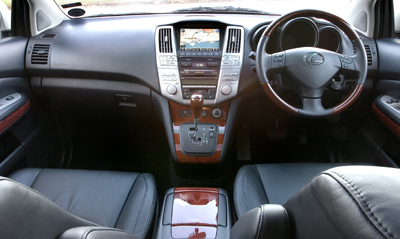