Was this article useful?
Click the thumbs up >
Audi’s new A6 allroad quattro will join the rest of its UK range in July, priced from £33,350 on-the-road.

The A6 allroad quattro will initially be offered with 2.7-litre TDI and 3.0-litre TDI engines.

The new model features a new grille and front and rear bumper design, flared wheel arches, extended sills and stainless steel under-body protection panels. The wheel arches can be specified in contrasting colour or can be painted to match the body if preferred.

At launch, the new A6 allroad quattro will offer the option of either a 2.7 TDI engine with 178bhp or a 3.0 TDI with 231bhp, both of which will initially be available with six-speed tiptronic automatic transmission. A six-speed manual version of the A6 allroad 3.0 TDI quattro is expected to become available in late summer, followed in early 2007 by new petrol derivatives. 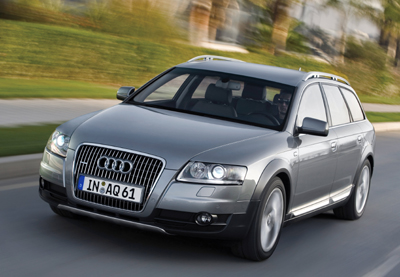 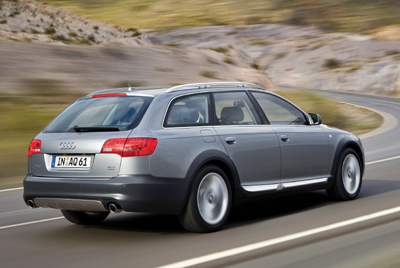