Was this article useful?
Click the thumbs up >
Subaru has launched a new used car initiative called ‘Subaru Direct’, which goes live on August 14.

Subaru dealers throughout the UK now have access to over 100 extra cars at any one time – worth more than £1 million. Most of the cars will be ex-management with less than 15,000 miles and under one year old.

There will be at least 80 authorised Subaru dealers operating the new scheme.

Potential buyers can access the stock on the official Subaru website (www.subaru.co.uk) where they will be shown three images of each car accompanied by a short description.

They can view either stock from their local dealer or vehicles held nationally at Subaru’s dedicated compound in Quedgeley, Gloucestershire.

All cars are prepared by Subaru UK’s own staff at Quedgeley, headed by a newly-appointed used car manager, Tom Vause.

Subaru hopes to sell over 1,000 used cars annually through the scheme which will be accompanied by point-of-sale material and backed by compulsory dealer training. 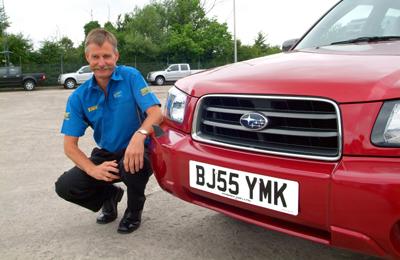