First Touareg pics ahead of Paris

Was this article useful?
Click the thumbs up >
Volkswagen has revealed the first photograph of its revised Touareg luxury 4x4, ahead of its world public debut at the Paris Motor Show next week.

Sporting a new ‘face’, revised rear styling, updated interior and seats as well as the Dynaudio sound system as an option, the new Touareg will go on sale in the UK at the end of January.

At the front, the new Touareg features a new grille, bonnet, front wings and bumper, plus new headlights and mirrors. The rear lights, spoiler, bumper and exhaust pipes have also been modified.

The UK line-up will remain as before with three trim levels – Touareg, SE and Altitude. Four engines are available: one petrol and three diesel.

These are a 3.6-litre V6 278bhp petrol; 2.5-litre TDI 172bhp with DPF (diesel particulate filter); 3.0-litre V6 TDI 223bhp with or without DPF; and the range-topping 5.0-litre V10 TDI with 311bhp and DPF. The 2.5-litre TDI will be available as standard with a six-speed manual gearbox and optional Tiptronic automatic transmission.

All other engines will be mated to the six speed Tiptronic automatic transmission.

Prices will be announced nearer to the launch. 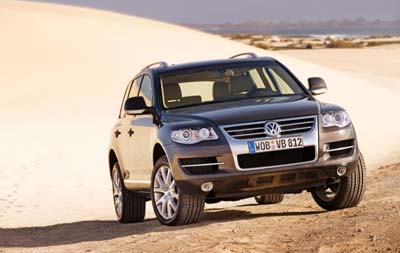 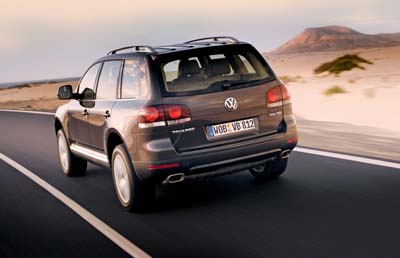 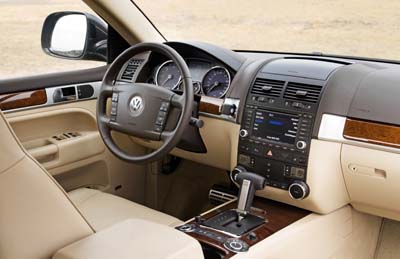